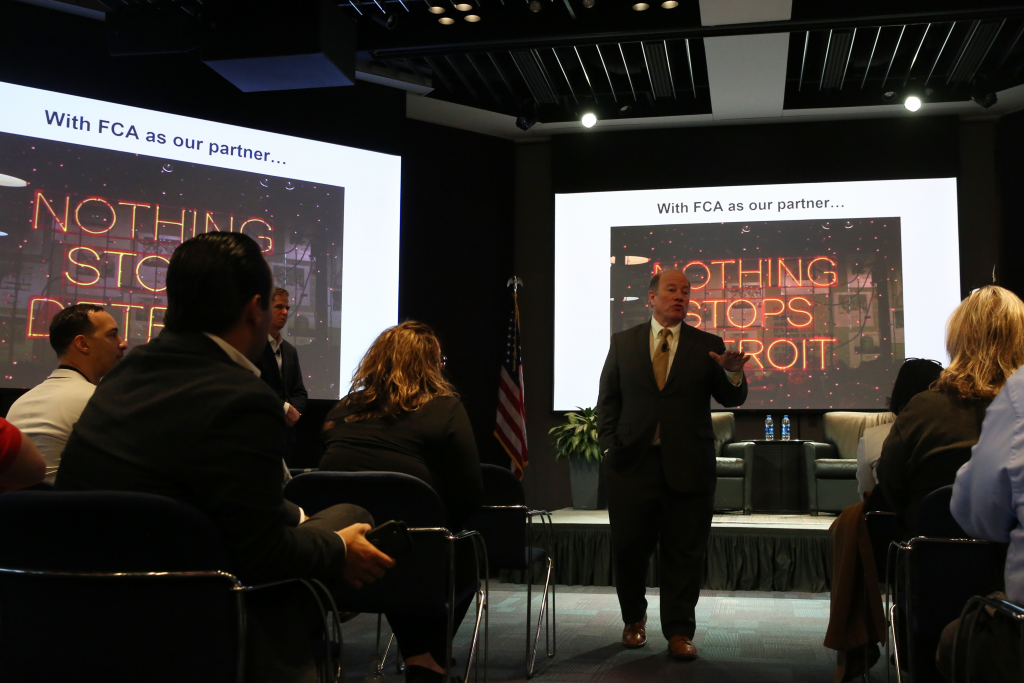 FCA and the City of Detroit are working hand-in-hand to identify and prepare qualified city residents to apply for jobs at the company’s new assembly plant on Mack Avenue on the city’s east side, Detroit Mayor Mike Duggan told a packed town hall audience at FCA’s Auburn Hills complex.

Under the agreements put into place to develop the plant site in the city, qualified Detroit residents have the right to interview first for jobs at the assembly facility. The joint city-company effort to create a pool of qualified job-seekers is so successful that supplier companies are looking to locate in the city and use a similar approach to staffing new facilities, the mayor said.

“The impact you are having on the city is going to last generations,” Duggan told the FCA audience.

Duggan, now in the middle of his second four-year term as Detroit’s mayor, used his prepared remarks to recount progress in the city during the past decade:

Duggan said a major achievement for the city was securing FCA’s commitment to locate its new assembly plant on Mack Avenue near the site where the Chrysler company was created.

“Detroit and Chrysler have been tied together for more than a century,” Duggan noted.