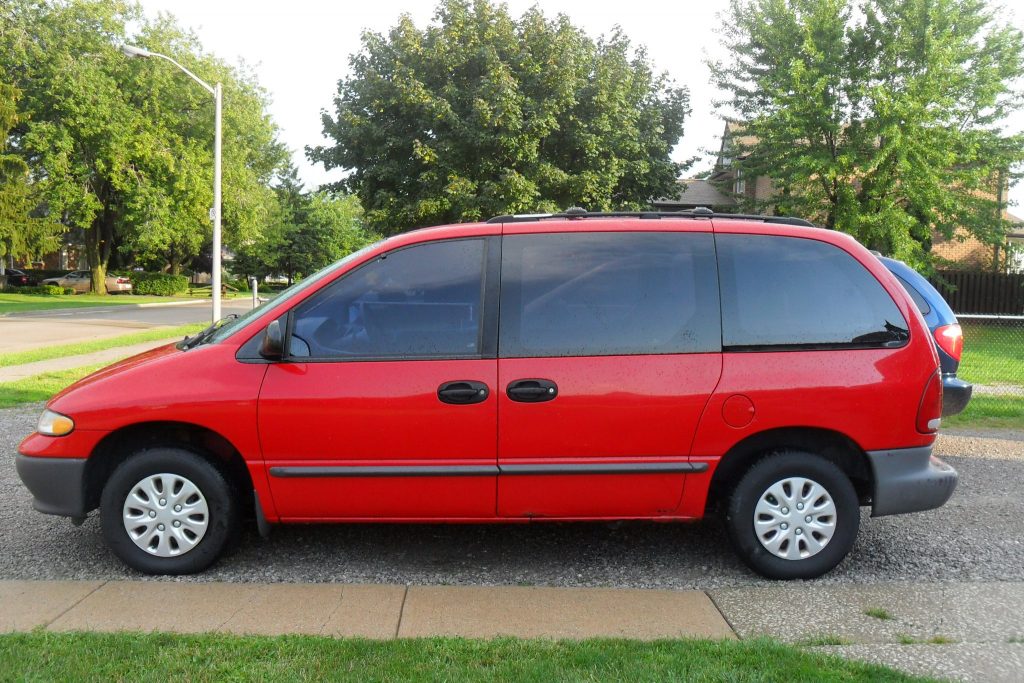 Editor’s Note: As we continue our periodic Minivan Memories series, let’s hear from Lucas Graham who lives in Windsor, Ontario, Canada. As you’ll see, Lucas, 18, and his family have a long, fond history with Chrysler and Dodge minivans.

We have been strictly a Chrysler family for many years. Many of my family members have worked on the assembly line in Windsor, Ontario.

Some of the minivans my family has owned include a 1988 Dodge Caravan LE that my aunt had and traded in for her 2008 Dodge Charger. My grandfather had a blue 1993 Dodge Grand Caravan ES that was loaded up nicely, and then traded it in on a Patriot Blue 2002 Dodge Grand Caravan. 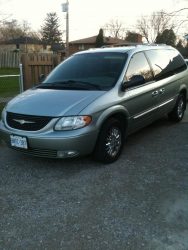 The only minivan currently in the family is my great uncle’s 2013 Dodge Grand Caravan Crew, which he adores and said wouldn’t give up for anything.

Many of the vans were indeed the mode of transportation for many family trips. When I was younger, we went on maybe two or three family trips every summer. Most of the trips were taken in the 1996 Dodge Caravan or my grandfather’s 2002 Dodge Grand Caravan.

On one occasion, we took the ’96 Caravan on a trip that was about a five-hour drive. My mother was very nervous about taking it because the Caravan was getting older and had roughly 225,000 miles on the odometer. But, my father reassured her that he had total faith in the minivan and no issues would come about.

He was right! That minivan never gave us an issue whatsoever.

The 1998 Grand Caravan was also very helpful. One time, my grandfather had heart surgery in a hospital that was about 2.5 hours away. My father visited him every three days after work for roughly 8-10 weeks. That minivan always got him to the hospital and back home without any issues.

Aside from their reliability, the reason we always came back to a Chrysler minivan was because of their user friendliness and their usability. When my dad got our first minivan, it was because he was driving a 1989 Dodge Ram pickup and a 1993 Chrysler New Yorker, and wanted to combine the best of both worlds. He wanted to be able to haul stuff, and carry a lot of people, if he had to.

Carrying people was the simple part because the van opened wide on the sides and allowed passengers in without any issues. If there was a time he needed to carry some objects around, that was easy too. All you had to do was take out the seats, lay down a tarp or a towel and you could carry a ton of stuff back there!

Right now, neither I nor my parents have minivans, but I could definitely see one in the future. We are very happy with the cars we have now. I drive a 1989 Chrysler Fifth Avenue, my mom has a 2006 Chrysler 300, and my father is driving a 2001 Dodge Dakota.

Overall, there’s just nothing like a good Chrysler minivan.