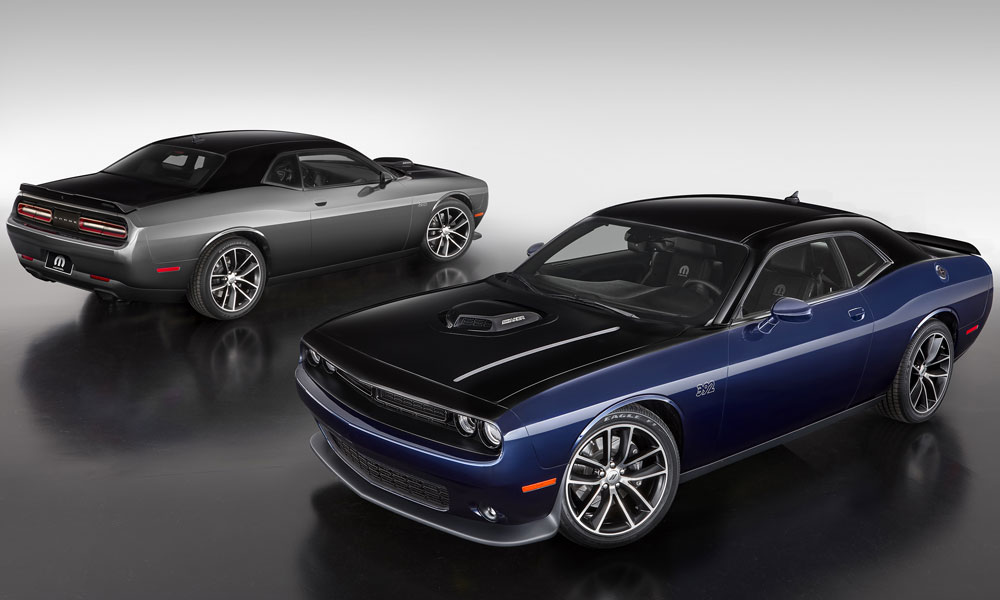 Only 80 copies of each color combination of the Mopar '17 Dodge Challenger will be produced.

Take a good look at the Mopar ’17 Dodge Challenger that debuted at the Chicago Auto Show – it could be a long time before you see one again.

Why? The special touches applied to this limited-edition model are unique, including a hand-painted two-tone color scheme. Also, the Mopar ’17 Dodge Challenger packs the 485-horsepower 392 HEMI® V-8 under its Shaker hood, mated to a six-speed manual transmission. Performance will not be an issue.

Two colors schemes are offered: Pitch Black over Contusion Blue and Pitch Black over Billet Silver. Keeping with a theme of Mopar celebrating its 80th anniversary in 2017, only 80 copies of each color scheme will be built – a total of just 160 units.

That will make this car a true rarity.

The transformation from Dodge Challenger to Mopar ’17 Dodge Challenger takes place at the Mopar Custom Shop after the car leaves the assembly plant. There’s where the Pitch Black upper color is applied by hand to the car’s topside, including the normally satin black Shaker hood scoop and hood surround and rear decklid spoiler. Technicians at the Custom Shop also hand-paint a unique Mopar 392 logo onto the front quarter panels.

Inside, the Mopar ’17 gets performance seats with the Mopar logo embroidered into the seatback with Tungsten-colored thread. Tungsten stitching also borders the seats and used through the interior, including the door panels.

The Mopar ’17 Dodge Challenger comes with a unique, individually numbered owner’s kit that includes the car’s birth certificate, hand-signed rendering of the Mopar ’17 from the FCA US Product Design Office, Mopar-branded items including valve stem caps and a customized acrylic memorabilia showpiece.

The Mopar ’17 Dodge Challenger begins arriving at dealerships in the United States and Canada in the second quarter of this year. The U.S. Manufacturer’s Suggested Retail Price is $55,790, not including fees and taxes.

This is only the eighth limited-edition vehicle developed by Mopar and less than 4,000 total have been produced. The Mopar ’17 Dodge Challenger is going to go fast – and all 160 copies will likely be spoken for quickly, too.