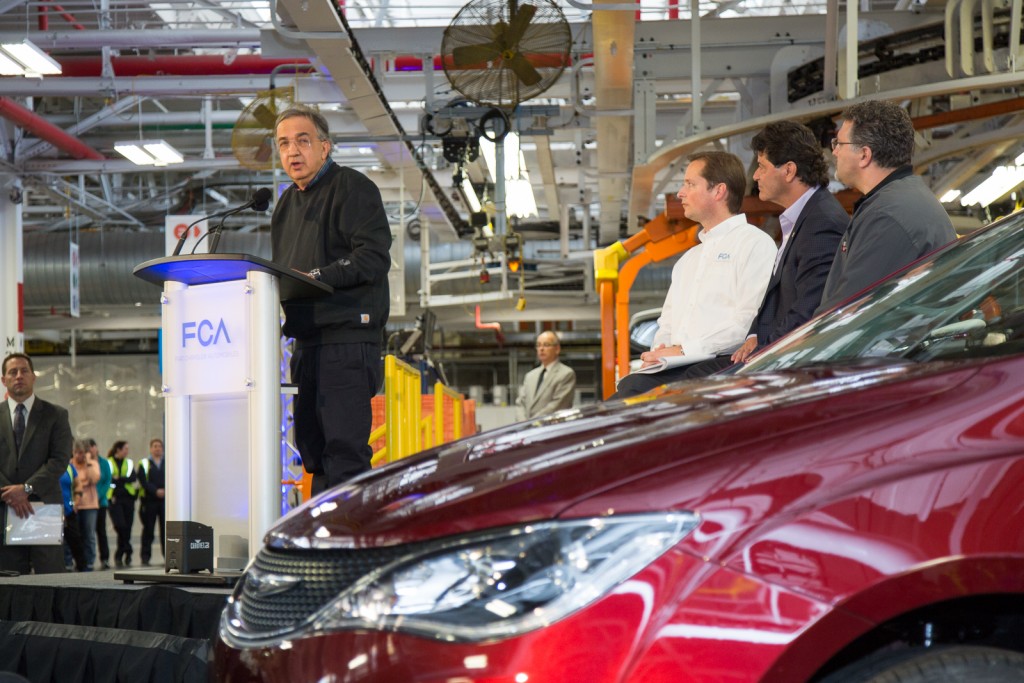 FCA CEO Sergio Marchionne speaks to employees at the FCA Windsor Assembly Plant celebrating the launch of the all-new 2017 Chrysler Pacifica in Windsor, Ont. Canada on May 6, 2016. Marchionne was joined by plant management and Unfior officials during the event.

For more than three decades, the men and women working at the Windsor Assembly Plant have helped families get their kids to school, small businesses transport work equipment and teams carry their gear to games in Chrysler and Dodge minivans.

The company invented the segment in 1983, and since the first minivan rolled off the assembly line, the Windsor Assembly Plant has been its home.

After a multi-million-dollar investment, the southwest Ontario plant was renovated, retooled and expanded to build the all-new 2017 Chrysler Pacifica.

The production launch of the new minivan was celebrated Friday by company and union officials, including FCA CEO Sergio Marchionne and Unifor President Jerry Dias.

Marchionne commended the employees who have made FCA the “undisputed leader” in the minivan market. This is a “tradition we intend to fully maintain with the Pacifica we are launching today,” he stated.

“Seven out of every 10 minivans sold in Canada came from this plant” said Marchionne, who added that plant personnel have redefined the segment. “People underestimated the potential of this plant, it’s a phenomenal facility. It reset the standards of the so-called minivan style, globally. There is nothing like it. I think we need to make (the Pacifica) the most popular minivan in the world.”

Minivans have had quite an impact on Windsor, FCA US LLC and our customers through the years. Here are some minivan numbers:

During the event, Marchionne admitted that he is not a traditional minivan user, but the new Pacifica is a unique vehicle.

“This car to me is the exception. I don’t see it as a minivan,” Marchionne said. “I think it’s an incredibly cool machine.”