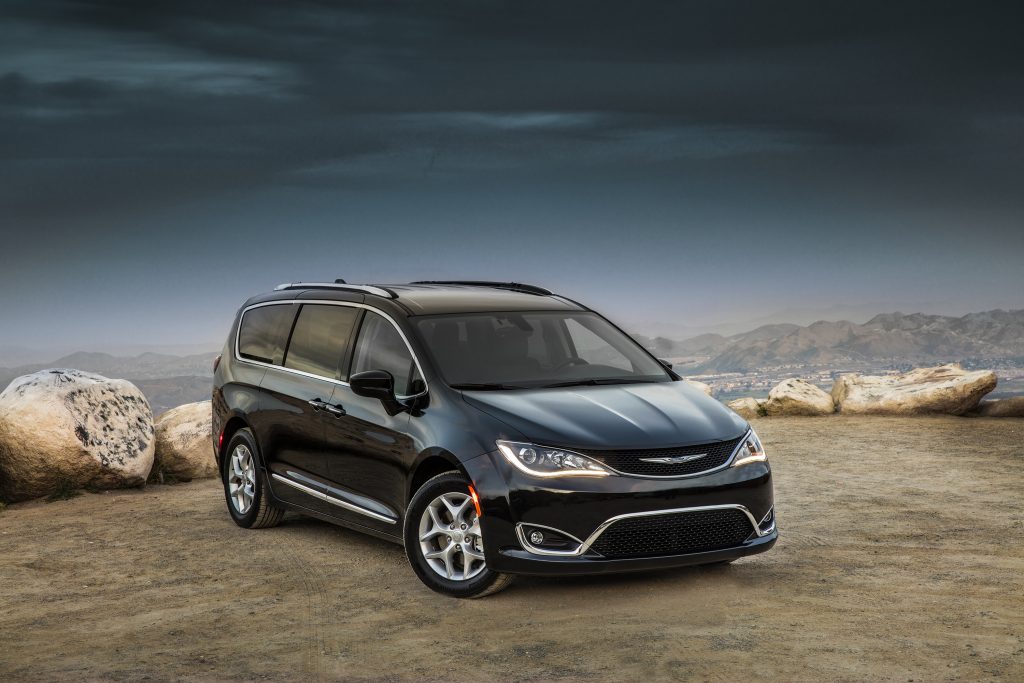 Consumers looking for a mid-range model of the 2017 Chrysler Pacifica have a new option with the addition of the Pacifica Touring Plus.

The new model has a number of features for the driver and passengers to enjoy, such as projector headlamps and three-zone automatic temperature control.

“The 2017 Chrysler Pacifica arrived in dealerships a year ago, and in that time, it has both resonated with our current minivan customers and brought new minivan buyers to the brand,” said Tim Kuniskis, Head of Passenger Car Brands – Dodge, SRT, Chrysler and Fiat, FCA – North America. “The addition of the new Touring Plus model to the Pacifica lineup builds on this success, delivering another option to meet the needs and price point of more customers.”

The Chrysler Pacifica was named North American Utility Vehicle of the year.

Since its introduction last year, the Pacifica has experienced a continued growth in sales while receiving a number of honors, including the “2017 North American Utility of the Year” and being named to Kelley Blue Book’s list of the “12 Best Family Cars of 2017” in the best minivans category.

who order 18-inch wheels and the 8.4-inch Uconnect touchscreen system on their Touring Plus receive a single overhead DVD player ($995 value) at no charge.

The Chrysler Pacifica Touring Plus is now available in dealer showrooms and joins the five previous Pacifica models: LX, Touring, Touring-L, Touring-L Plus and Limited.

To learn more about the Pacifica, and the six models of the minivan, visit the Chrysler brand webpage.