Heritage,Uncategorized
Remembering a few of our ‘fathers’ for Father’s Day

Dodge,Engineering
Watch out for the ‘Speed Trap:’ Dodge//SRT takes on One Lap of America again, this year in Dodge Durango SRT Pursuit concept 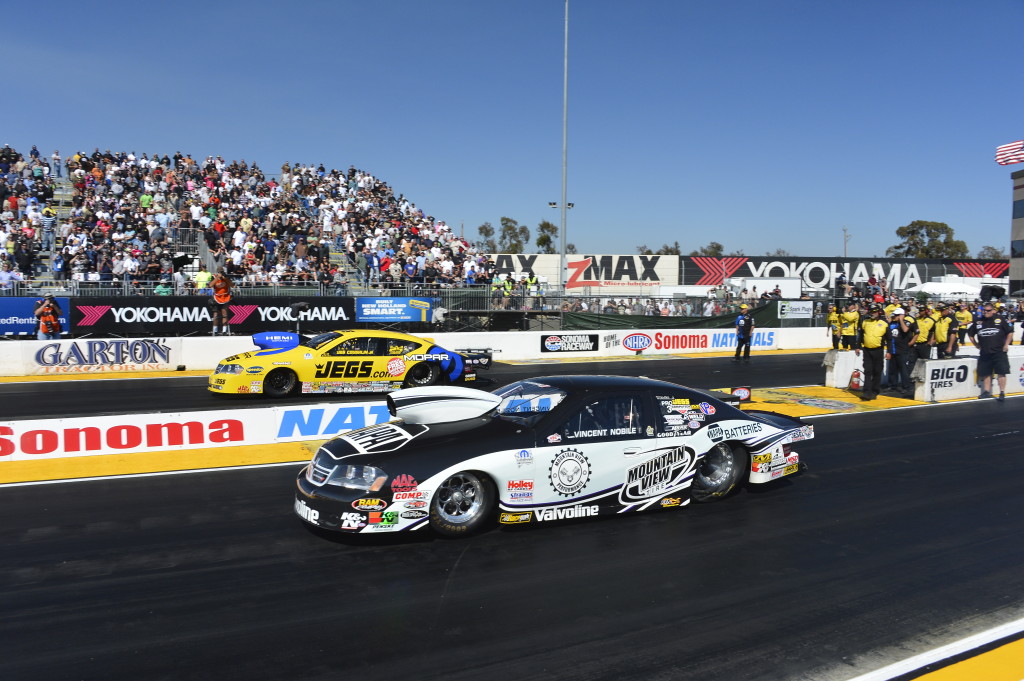 The Pro Stock class came down to an all-Mopar Final Elimination that matched Jeg Coughlin Jr. against Vincent Nobile — with Nobile taking the win with a run of 6.572 seconds at 298.59 mph as Coughlin backed out of his run with tire shake.

Coughlin reached the final by beating teammate Allen Johnson in the semifinals — making three of the final four cars Mopar-powered.

In Funny Car, Mopar-powered Ron Capps outdueled John Force on a hole shot to win with a run of 4.085 seconds at 307.79 mph. It was Capps’ second win of the season and his fourth career win at Sonoma.

Hagan’s weekend got off to a fast start on Friday, when his “Magneti Marelli Offered by Mopar” Dodge Charger R/T posted a Sonoma track record run of 3.986 seconds at 320.51 mph, which tied the second-quickest Funny Car run in NHRA history. But his weekend ended early after a first-round upset on Sunday.

The Mopar drag racers now head for the final stop on the NHRA’s western swing this weekend at Northwest Nationals in Seattle.