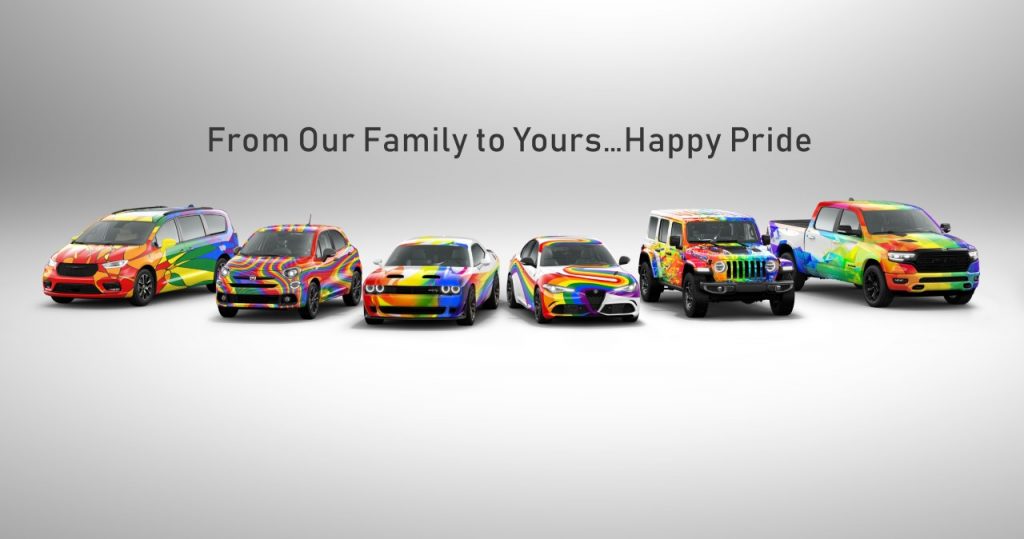 June 8, 2022 , Auburn Hills, Mich. – Detroit will once again show off the colors of the rainbow June 11 and 12 at Motor City Pride, the annual two-day festival and parade that is the largest LGBTQ+ gathering in Michigan, with Stellantis and the Jeep® brand as its presenting sponsor.

The parade, which starts at noon at the intersection of Fort and Griswold Streets on June 12 and ends at Hart Plaza, will feature four Jeep vehicles: a Gladiator Rubicon, a Detroit-built Grand Cherokee L Summit Reserve and two Wrangler Rubicon 4xe models.

“Motor City Pride is an important way to celebrate our diverse and inclusive work culture and to show our commitment to our diverse customers and communities,” said Jim Morrison, vice president, Jeep brand – North America. “Over its more than 80-year history, the Jeep brand has led the way in freedom and authenticity, and we are proud to lead this year’s parade to showcase our outstanding Jeep products and our company’s long-standing support for Motor City Pride and the LGBTQ+ community.”

As part of the company’s Pride Month celebration, Stellantis will also sponsor the parade and related events at New York City Pride later in June.

In addition, each of the company’s North American brands will provide Pride-branded merchandise for customers to purchase and display.

The energy behind the company’s sponsorship of Motor City Pride comes from its LGBTQ+ Business Resource Group, Prism LGBTQ+ Alliance.

Prism LGBTQ+ Alliance, originally named People of Diversity and then Gay and Lesbian Alliance, was founded and organized by LGBTQ+ employees of the former Chrysler Corporation in 1996 and officially recognized by the company in June 1997.

Over the years, the group has provided support and allyship for LGBTQ+ employees, family members and community-based organizations and events, such as Motor City Pride.

The company is recognized as a leader among U.S. employers for providing domestic partner benefits to its employees in 2000 and has consistently achieved high scores on the Human Rights Campaign’s Corporate Equality Index since the benchmark was established.

The company has recently earned meaningful acknowledgement for its diversity leadership by such respected groups as Diversity Inc., Latina Style, Winds of Change (Native American), CADIA (Center for Automotive Diversity, Inclusion, and Advancement) and The American Association of People with Disabilities.

“This remarkable record of accomplishment reflects our team’s commitment to advance the conversation on diversity and inclusion beyond aspirational statements to the pursuit of intentional actions and outcomes that have tangible economic impact in diverse communities,” said Lottie Holland, director – diversity, inclusion, engagement and EEO compliance, Stellantis North America.

Show your Pride support year-round with merchandise from some of our brands: