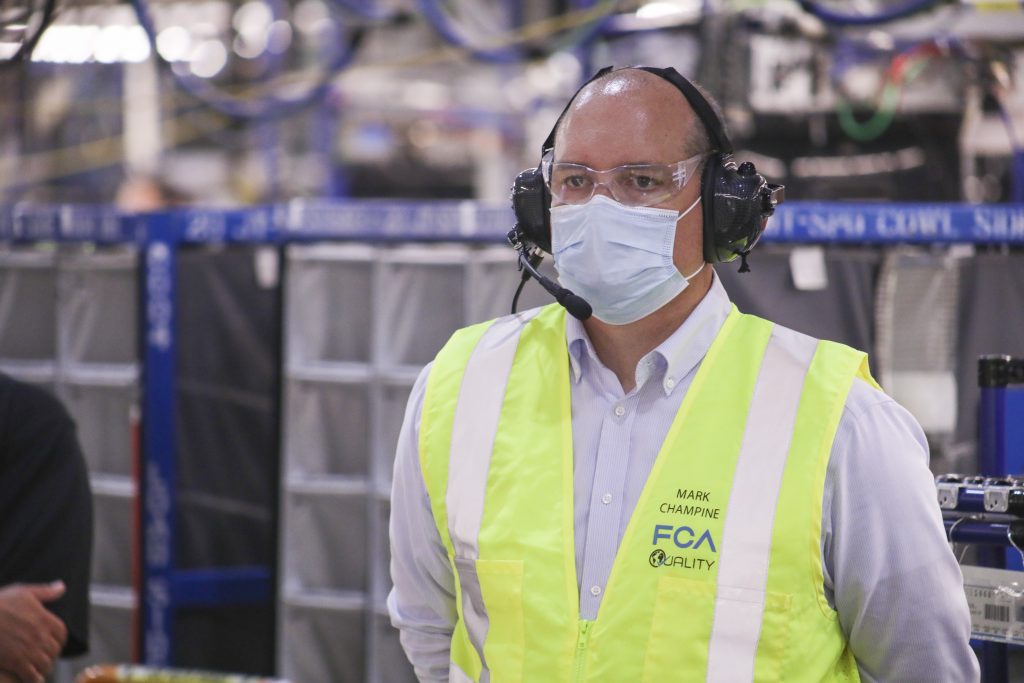 Mark Champine is the Head of Customer Experience - North America

Mark Champine is the Head of Customer Experience – North America

When a vehicle is being assembled, it travels along a conveyor belt. It doesn’t move under its own power until it reaches the end of the line.

It’s a sequence that happens 24-7 in our plants around the world. But one day in August 2014 was legendary.

That was when the first Hellcat-powered Dodge (a Challenger) was fired up to roll off the line. Everyone within earshot paused to relish the roar — as if time stood still to mark an automotive milestone.

Fast forward to today and it appears our customers have that same appreciation for all our powertrains. Feedback tells us power and sound are among the attributes they like best about Stellantis vehicles.

As an engineer who has spent the better part of three decades pursuing superior powertrain performance, that warms my heart.

Our engines have a distinct character that is baked right in, from the award-winning, torque-rich Pentastar V-6 that drives a majority of our vehicles, to the 710-horsepower HEMI® that makes the 2021 Dodge Durango SRT Hellcat the world’s most powerful SUV.

And our transmissions have the backbone to deliver power with precision, on demand.

How do we generate the kind of potency that captures the hearts and minds of performance enthusiasts? Part of the answer is in the air.

We integrated an innovative Air Catcher into the grilles of certain Dodge Challenger SRT models. The same is true for the Dodge Charger SRT – the fastest, most powerful, mass-produced sedan in the world.

The Air Catcher force-feeds a 2,380-cc/rev blower served by integral charge coolers and twin-screw rotors that are specially coated for optimal tolerance with a proprietary formula of polyamide and other resins.

Arguably the most celebrated engine of the 21st century, the HEMI Hellcat resonates, literally, in other ways. Its exhaust note is electrifying – and electrified.

Two electric throttles in the engine’s exhaust system are calibrated to alter sound characteristics in line with various drive modes – mellow but strong at minimal tip-in and resolutely raucous at wide-open.

These various tones are exhaust-note ingredients that are carefully weighed against each other as we seek the optimal driving experience.

We factor customer preferences into simulation software to narrow the parameters. Then we do our fine-tuning on the street, track or trail, depending on the vehicle program, using the trained ears of engineers who specialize in powertrain and noise, vibration and harshness (NVH).

Customers have been crystal clear in their response. They like what we’re doing.

Sometimes, however, less is more. And our vehicle development process is mindful of that.

Adopters of electrification covet silence, which can enhance a wilderness driving experience behind the wheel of a 2021 Jeep® Wrangler 4xe, or an everyday commute in any one of several vehicles that feature our eTorque mild-hybrid technology.

Customers appreciate the increased fuel efficiency they get from stop-start systems, but not at the expense of refinement. Because eTorque affords more of what they want and less of what they don’t.

It delivers seamless on-off engine transitions, with a bonus 90 lb-ft. of supplemental torque within 400 milliseconds of a restart.

Yes, our vehicles provide a sensory experience that is unparalleled. But we achieve it by using the one sense that is most important to our customers – we listen.