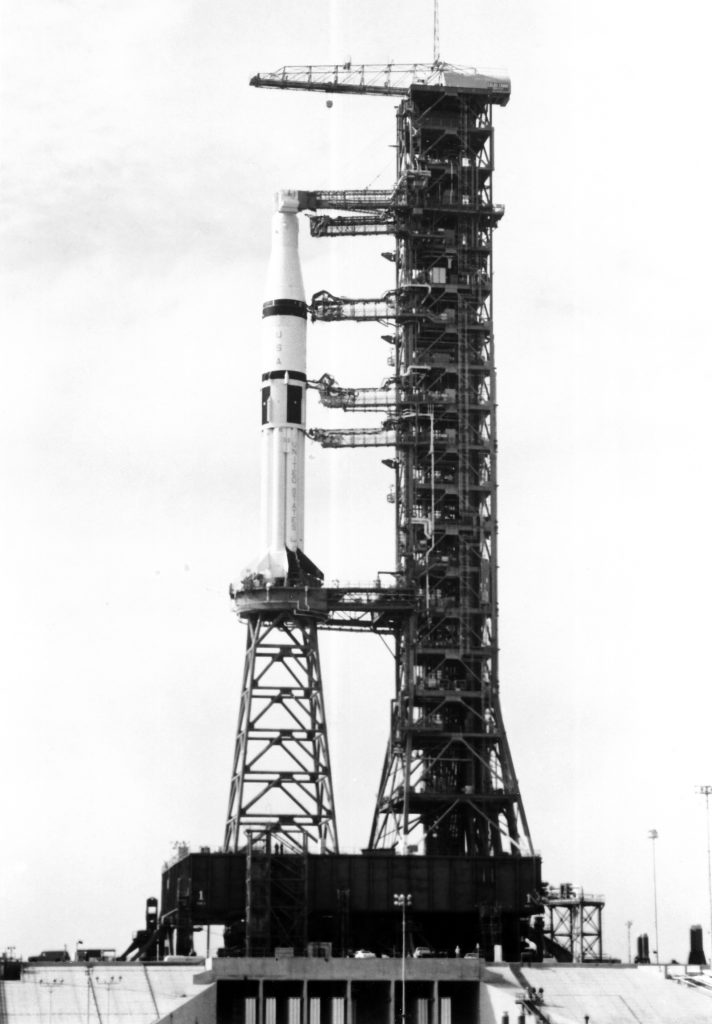 Chrysler entered the 1960s as a car company known for cars designed for the jet age, advanced safety features and the introduction of high-performance vehicles and the powerful hemispheric (HEMI®) engine.

But that Chrysler power, performance and innovation wasn’t just confined to the highway, it also was used to propel American astronauts into space and eventually onto the moon.

Chrysler Corporation’s Space Division developed and built the first stage of the Saturn 1B rocket that was used in the early Apollo missions, which set the stage for NASA’s trip to the moon in July 1969.

The automaker’s connection with rockets began in 1952 when the U.S. Army selected Chrysler to assist in the development of the secret Redstone missile project. The fist Redstone missiles were built at what is now the Sterling Heights Assembly Plant.

In addition to tactical uses, the Redstone rocket played an important role in the early days of the American space program. Alan Shepard became the first American to go into space aboard a Chrysler-built Redstone launch vehicle in May 1961.

The following year, NASA and Chrysler took another step toward the moon with an awarded contract to produce powerful boosters for the predecessor to the Saturn V rocket, the rocket that would take astronauts to the moon.

Years of testing and trials led to the creation of the Saturn 1B booster, which generated 1,600,000 pounds of thrust at launch and enough power to place 35,000 pounds of payload into low Earth orbit. This 80-foot tall, 21-foot wide booster helped increase the payload of the Apollo system and played an important role in the pre-lunar landing missions by allowing Earth orbital testing of the three-module Apollo spacecraft.

Not only was the new booster lighter and more powerful, it also featured new automated systems to quickly check the complex launch vehicle for any possible malfunctions or possible failures and to assist human engineers.

Commander Walter M. Schirra, Jr., Command Module Pilot Donn F. Eisele and Lunar Module Pilot Walter Cunningham crewed the 11-day mission launched atop the Saturn 1B. This mission was longer than the eventual trip to the moon and back and included a number of tests along with the first live television broadcast from a manned spacecraft.

This successful mission marked the end of Chrysler’s Saturn I Apollo-related missions, which included the successful launch of five Saturn 1B boosters.

Apollo 7, and the previous test mission, laid the groundwork for the Apollo 11 mission that landed the first man on the moon July 20, 1969.

When Apollo 11 astronauts Neil Armstrong, Edwin “Buzz” Aldrin, Jr., and Michael Collins returned to Earth and took part in the ticker tape parade in New York, Chrysler once again played a major role. The astronauts paraded through the city in a 1952 Chrysler Imperial Parade Phaeton.