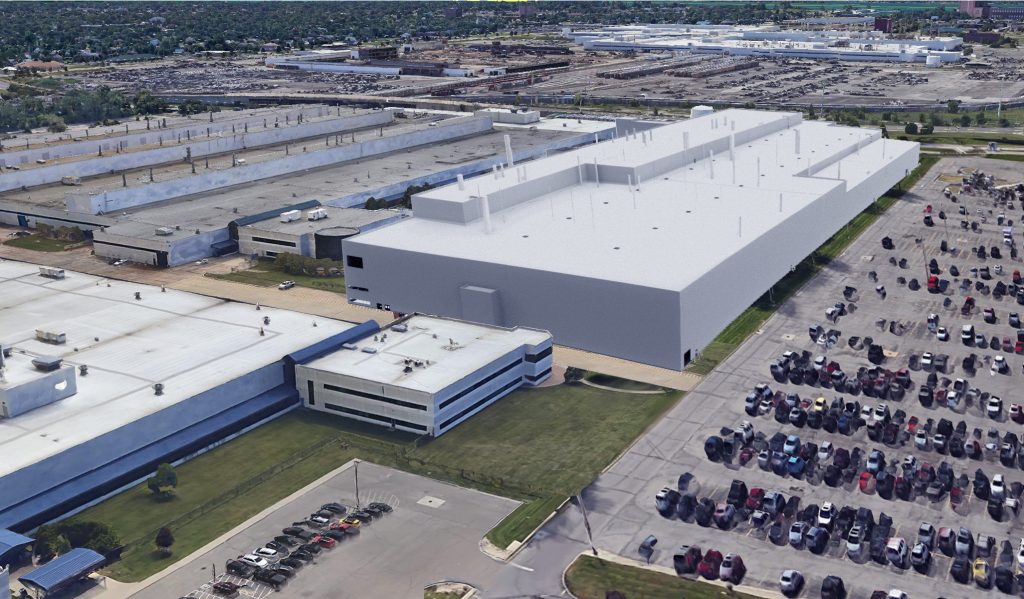 A rendering of the new Mack Avenue Assembly Complex.

The foresight of former FCA CEO Sergio Marchionne in 2016 to announce that the Company would be discontinuing compact car production, and boosting capacity of SUVs and trucks to meet shifting consumer demand has had a significant impact on the Company, the industry and the city of Detroit.

To satisfy the market, Marchionne and the team set in motion a series of investments to strengthen the Company’s U.S. manufacturing base and increase production capacity of its core SUVs and trucks. These actions would ultimately lead to the recent announcement by Chief Operating Officer Mark Stewart to invest $1.6 billion to build a new FCA assembly plant in Detroit.

As crews are hard at work constructing this new FCA plant on the east side of Detroit, and city residents are pre-registering to apply for one of the jobs at the new facility, the Objects in the Mirror blog and FCA corporate social media sites will provide background on the project, construction updates and coverage of FCA’s commitment to Detroit with posts every Wednesday.

Our coverage kicks off this week with a look back at the events that followed the 2016 announcement, resulting in the retooling of five plants in Illinois, Ohio and Michigan to make full use of available capacity to expand the Jeep(R) and Ram brands.

The daisy chain of activity started with FCA’s commitment in July 2016 to invest $350 million in its Belvidere Assembly Plant to relocate production of the Jeep Cherokee from Toledo, Ohio, to the plant in Illinois.

With Cherokee on the move to a new home, that cleared capacity on the north side of the Toledo Assembly Complex to invest $700 million to retool the plant to produce the next-generation Jeep Wrangler.

Back in Michigan, production of the Chrysler 200 was discontinued in December 2016 at the Sterling Heights Assembly Plant. With an investment of $1.48 billion, the Company converted the 66-year-old facility to produce the next-generation Ram 1500, moving it 5 miles up the road from its former production location at the Warren Truck Assembly Plant (Michigan).

More production moves continued with an announcement in January 2017. As part of a total investment of $1 billion, FCA would retool and modernize Warren Truck to produce the all-new Jeep Wagoneer and Grand Wagoneer, and convert the now vacant south plant of the Toledo Assembly Complex into the production home of the all-new Jeep Gladiator.

But even with these investments, FCA’s existing assembly plants were running at capacity and the Company didn’t have an available location to produce the new three-row full-size Jeep SUV.

This is what led to the decision to invest $1.6 billion to convert the existing Mack Avenue Engine Complex into an assembly site for the next-generation Jeep Grand Cherokee, as well as the three-row Jeep SUV and plug-in hybrid (PHEV) models.

Come back next week to read more about FCA’s $1.6 billion investment in the first all-new assembly plant completely within the city limits of Detroit in nearly 30 years and the other $2.9 billion in investments the Company is making throughout Michigan.