Design
It’s All About Color

Design,Our People
Hispanic Designer Ludwin Cruz shares his passion for art and design in and out of FCA 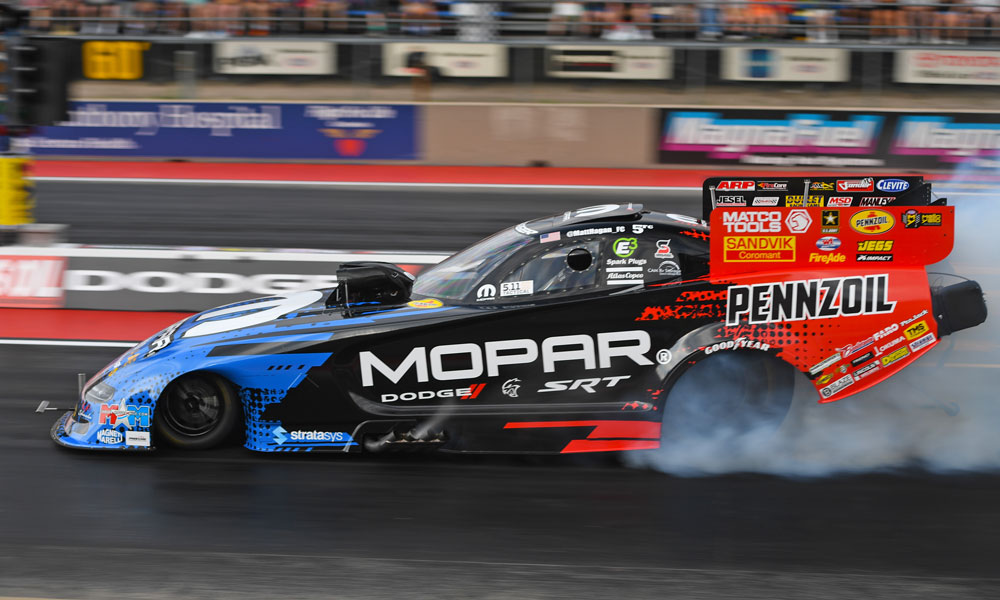 The new Mopar Dodge Charger Hellcat Funny Car made it's debut at the Dodge Mile-High Nationals Powered by Mopar in Denver.

The back of an NHRA Funny Car is the business end – massive 36-inch-diameter tires for traction and a big wing for downforce to handle the 11,000-plus horsepower of the nitro-fueled HEMI® engine.

But the Mopar and Dodge//SRT team focused on adding downforce to the front of the new Mopar Dodge Charger SRT Hellcat Funny Car body.

A larger front splitter is one of three major changes for the new body.

How important is front downforce for a racecar that covers 1,000 feet in less than 4 seconds?

Really important, says Niro Singh, motorsports engineer with Dodge//SRT with a long history in NHRA drag racing and a leader of the Funny Car body project.

Singh says race engineers have been trying to compensate for a loss of front downforce the past two years as Funny Car teams gained speed by angling the exhaust headers toward the back of the car.

Teams reacted by adding weight to the front of the car, Singh said. But more weight can slow the car – not a winning strategy.

So the front of the Funny Car was a focus for the FCA team and its partners at Don Schumacher Racing, which fields Mopar-backed racers in the NHRA’s Funny Car and Top Fuel classes.

It also helped that the team wanted the Funny Car to closely resemble the production Dodge Charger SRT Hellcat.

Drawing resources from design, engineering and aerodynamics inside FCA, the team worked through about 10 versions of the Funny Car design in one year.

Even though a Funny Car race is short in terms of time (about 4 seconds) and distance (1,000 feet), the velocity (around 330 mph) generates a lot of downforce. Singh says the new Funny Car body has “a lot” of front downforce by the time the car reaches the 60-foot mark on the drag strip.

The added front downforce helps teams balance and tailor the car for each driver’s preferences.

The other two changes made for the new Dodge Charger SRT Hellcat Funny Car body:

Matt Hagan debuted the new Funny Car body at the Dodge Mile-High NHRA Nationals Powered by Mopar in Denver and captured the No. 1 qualifier spot in Seattle. His DSR teammates will get the new body over the next several months.

Singh said his team is already looking at future improvements. Because you can’t stand still in racing.