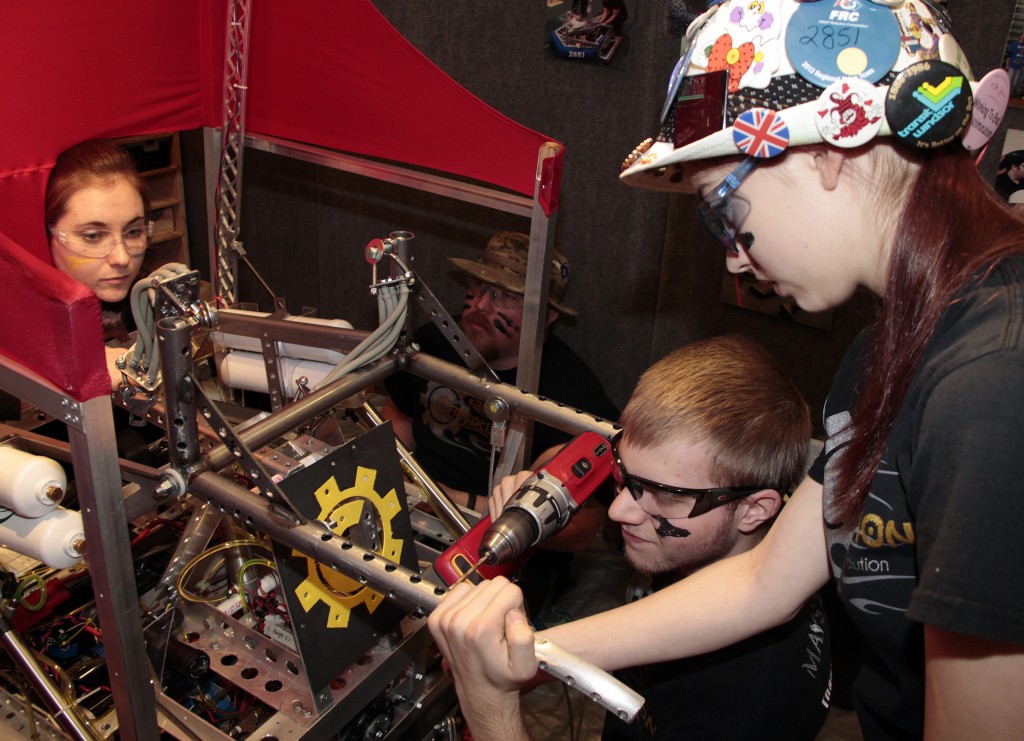 This week, more than 12,000 students from around the globe are in St. Louis, Mo., to put their engineering skills to the test at the annual FIRST® (For Inspiration and Recognition of Science and Technology) Championship, April 22-25. Although, with names like the Martians, Adambots, Killer Bees, Spartonics and CyberTooth, this year’s roster of teams sounds less like a gathering of future science and technology leaders and more like a casting call for the next War of the Worlds, Terminator or Transformers movies.

All kidding aside, the real-world experience that students gain through their participation in FIRST is invaluable to preparing students for the future, said John Nigro, Head of NAFTA Product Development – FCA US LLC. This year’s game, Recycle Rush challenges teams to build robots capable of stacking recycling totes, picking up litter and other recycling-themed tasks.

In fact, FCA US is so serious about advancing STEM education and careers that its charitable arm the FCA Foundation, increased its support for FIRST teams to more than $230,000 this year. As a result, 26 of the 42 teams we sponsored this year have qualified to vie for the championship. See the list of 26 qualifiers below. 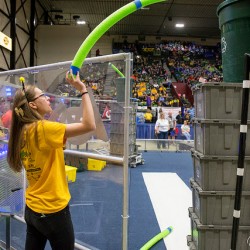 During the 2015 FIRST Robotics Michigan State Championship, a member of the Killer Bees from Notre Dame Preparatory School, Auburn Hills, Mich., loads a container with a pool noodle. 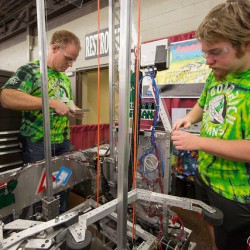 In the pits: Members of the More Martians of Goodrich (Mich.) High School perform repairs on their robot. 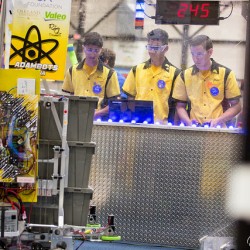 “The FCA Foundation and FCA US are proud to play a role in encouraging students to explore the worlds of science, technology, engineering and mathematics education,” Jody Trapasso, senior vice president – External Affairs, FCA – North America and president of the FCA Foundation, said. “We applaud all of the teams that participated in this year’s program and wish those teams that advance to the championship the best of luck.”

“We are equally proud of our employees (more than 70) who generously share their time and talents as mentors and competition coordinators,” Trapasso added.

Since 1995, the FCA Foundation has awarded more than $2.3 million in grants to FIRST Robotics teams and programs in the United States and Canada.