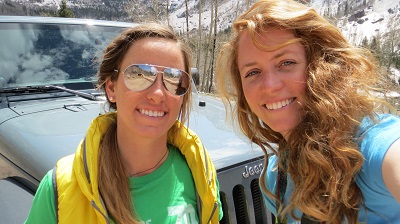 It’s no secret that Ashley and I have spent some time seeking out the legend of the Jeep® spirit. We find it everywhere. As we like to say, it is present in people, places, and things that make America great! Every once in a while we find one person who can empower people, better a place, and immortalize a thing. He who does so does this with grace, and with humor. Ultimately he creates something bigger than the self, something that leaves a lasting impression for generations to share. Mark A. Smith (aboove), founder of Jeep Jamboree was the father of off-road to many who knew him, and we want to thank him for the gifts that he’s left us with.

According to the Off-Road Hall of Fame and The Explorer’s Club, the list of Smith’s accolades is quite long. Every Jeep Wrangler driver owes a nod to Smith for his advocacy of recreational off-roading. His preservation of the Rubicon Trail (the namesake of the Jeep Rubicon) has allowed varying levels of Jeep drivers to respect and experience the challenge of deviating from the paved path. He led the first Jeep Jamboree through the Rubicon Trail in 1953.

Smith felt that humans by nature were meant to be explorers and one of my favorite expeditions of Smith’s is the Expedicion de las Americas. In 1978-1979, Smith’s team of 16 crossed the infamous Darien Gap linking Panama and Columbia. In 30 days, through dense jungle, they endured the controversial and dangerous road-less terrain. His strategic use of ladder systems to move a vehicle over river ways during this journey has since been influential in training U.S. Special Forces.

Mark Smith above all else was true to himself. I remember driving in his Jeep Grand Cherokee as he pointed out a stop sign down the road. As he barreled right through, he casually mentioned that sometimes laws were meant to be broken. This was on his way to take Ashley and I to meet his much-loved wolves which he cared for in his backyard. He sat us both down that day and told us always to be tenacious and to never stop exploring. He also wanted to show us his tattoo (the location is listed in his book Driven by a Dream), but we settled for his collection of stories and Jeeps with their own tales. He had a lot of humor, yet was serious about sharing his love of Jeep with everyone who has had the amazing experience of a Jeep Jamboree.

We owe so much to Mark A. Smith, an American Legend. Today we are blessed with the opportunity to “go have fun out there” at over 30 Jamboree’s nationwide. We get to get together in America and share our passion for Jeep with other people. After experiencing our first Jeep Jamboree on the Rubicon Trail a year ago, we can provide a first person account that we may start as strangers, but we all leave as family, and that’s pretty great!!! This is the mark of an American Legend to us.

Until next time…keep on exploring!