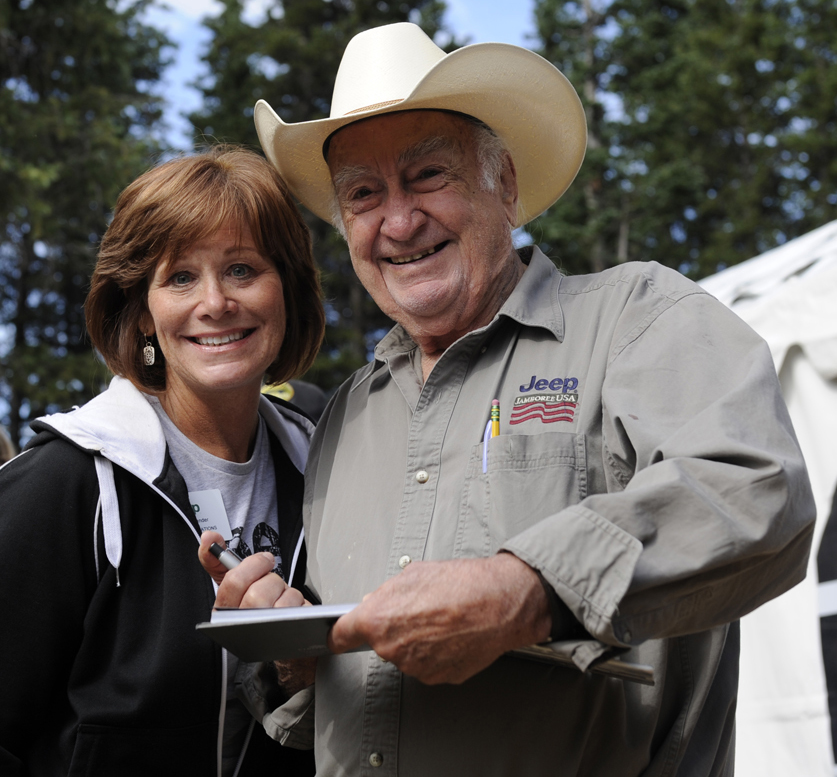 The passing of Mark Smith marks the end of an era in four-wheeling and the beginning of a lasting legacy.

Smith, 87, was a true friend of Jeep®, having founded the Jamboree movement that is to Jeep owners what revival meetings are to the faithful.

The off-roading icon died Monday in Georgetown, Calif., a tiny hamlet in Gold Rush territory, appropriately nestled near the head of the Rubicon Trail.

It is there, along a 12-mile pathway originally forged by Native Americans, where Smith made his name.

Smith used the idyllic setting west of Lake Tahoe to champion the sport of four-wheeling. In the process, he inspired us to persevere.

Chrysler Group employee and Jamboree veteran Michele Callender recalls how the ex-Marine, with his rough-hewn charm, was part counselor, part cheerleader. Whether confronted by fallen trees or forbidding bluffs, he would say: “Go for it. What are you afraid of?”

As a result, he introduced countless outdoor enthusiasts to personal triumph.

But perhaps Smith’s greatest triumph is that he instilled in off-roaders the need to remain humble as they sought fulfillment. An early advocate of conservation, he preached the leave-it-as-you-found-it philosophy echoed by organizations such as Tread Lightly.

During a trail-side interview with the Calgary Herald in 2006, Smith said: “People carry litter bags here. There’s absolutely no littering. We changed the image from the old beer and hot dog crowd to responsible, family-oriented, environmentally conscientious four-wheeling.”

Thank you, Mark. Rest in peace.