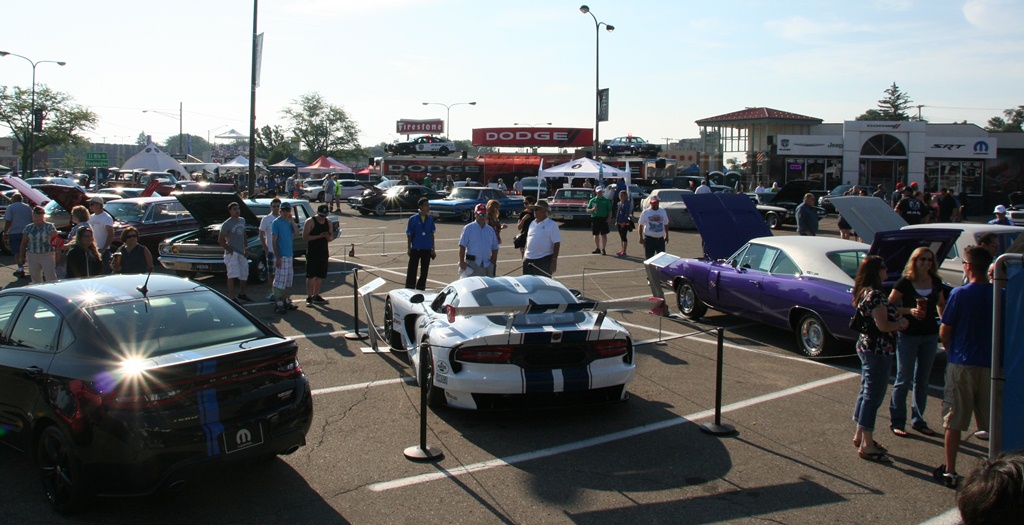 All that plus other activities, like SRT CEO Ralph Gilles’ involvement in the Racing on Woodwardpanel discussion Thursday morning, LXforumsWoodward BBQ on Friday at the Walter P. Chrysler Museum, all the online “coverage” from the Chryslercorporate social channels and the participation of the Chrysler, Dodge and Mopar brands, made Chrysler’s hangout at 13 Mile and Woodward THE hotspot of action and passion. Talk about cargasm!Peruse a selection of images here and find even more on our Woodward Dream Cruise 2013 Flickr Set.There’s also video of the Ram Rumble Bee concept along with sights and sounds from around the Chrysler display and Woodward Avenue, which we’ll post later.Now, we want to know … what was your favorite part of the 2013 Woodward Dream Cruise?