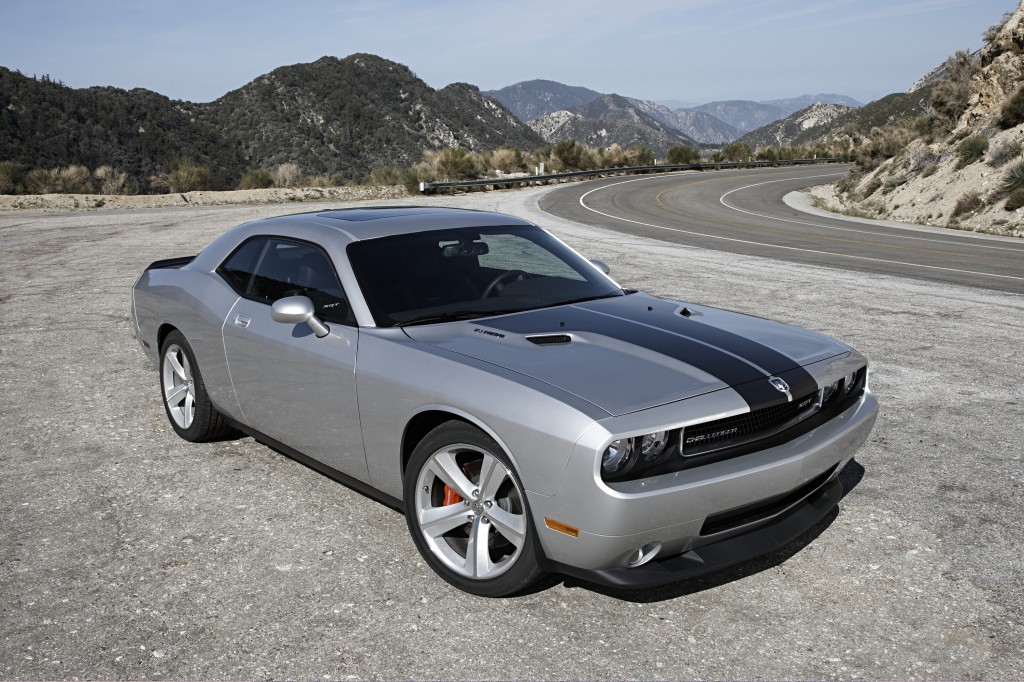 Michelle Wingard is a mother of three (with baby number four on the way), full-time college student, freelance writer, amateur drag racer, and a car lover. She lives in Amherst, Ohio.

I’ve been into cars since I was around 14 years old, and have been drag racing at our local track since 1996.

My husband and I have collectively owned seven Ford Mustangs – we currently have three Mustangs and a 1962 Dodge Dart. I vowed long ago that I would own my three Mustangs forever.

That all changed when I got my first glimpse of the Challenger. It almost hurt to admit that I would gladly sell our most pristine ‘Stang if it meant I could purchase a new Dodge Challenger SRT8.

My husband is the kind of individual who loves classic iron. Seeing the new Challenger made a believer out of him, and for the first time in our 11 year union, he stated that the new Challenger is the ONLY modern day muscle car he would consider purchasing.

We agreed that among the Ford Mustang, Chevrolet Camaro, and Dodge Challenger, the Challenger is the car that is most representative of the nostalgic look, with tasteful modern day updates. He agreed that if and when a manual transmission becomes available, one of the Mustangs will be put out to pasture.

It’s truly amazing how one car can captivate the buying public in the fashion that the Challenger has. By no means would I consider myself and my husband to be “Mustang loyalists”, but I never thought I would see the day where a vehicle would emerge that would inspire such passion that I would decide to sacrifice one of my favorite cars to obtain one.

Having said that, the new Challenger is everything the Mustang is, multiplied by ten. With that in mind, I’ve come to the conclusion that I won’t miss the Mustang much, if at all.