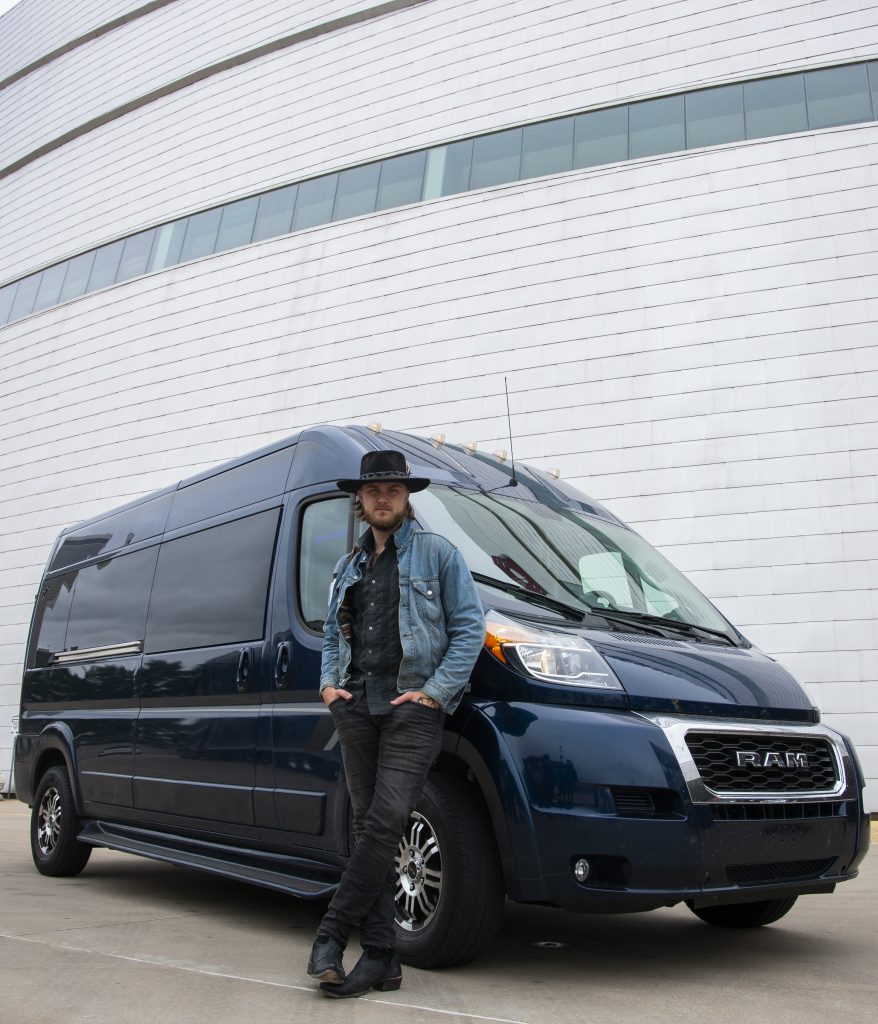 Maryland-native Dean is a singer/songwriter mature beyond his years and whose daring and carefree spirit and sense of adventure that had him living a rustic life as a young adult also translated into his songwriting.

The young artist is making big moves and gaining attention on the country music scene. The Ram BandVan that Dean was able to call his own for part of his summer tour was a perfect addition to the long cross-country drives.

“We’ve got the Ram Van, she flies like a bird, super plush, we love it. Ram, Sirius, Pandora we really appreciate it,” said Dean.

Dean writes both independently and alongside writers with a variety of styles and he is showing people how real music can be with his atmospheric album “GREENBROKE.” Featured on the soundtrack for Netflix’s “The Ice Road” and in an episode of Paramount Network’s “Yellowstone,” the stomping “Don’t Come Lookin’” is making its mark as his first single. “Don’t Come Lookin” debuted at No. 39 on the Country Aircheck/Mediabase chart – the highest chart entry for an artist’s first single since 2015.