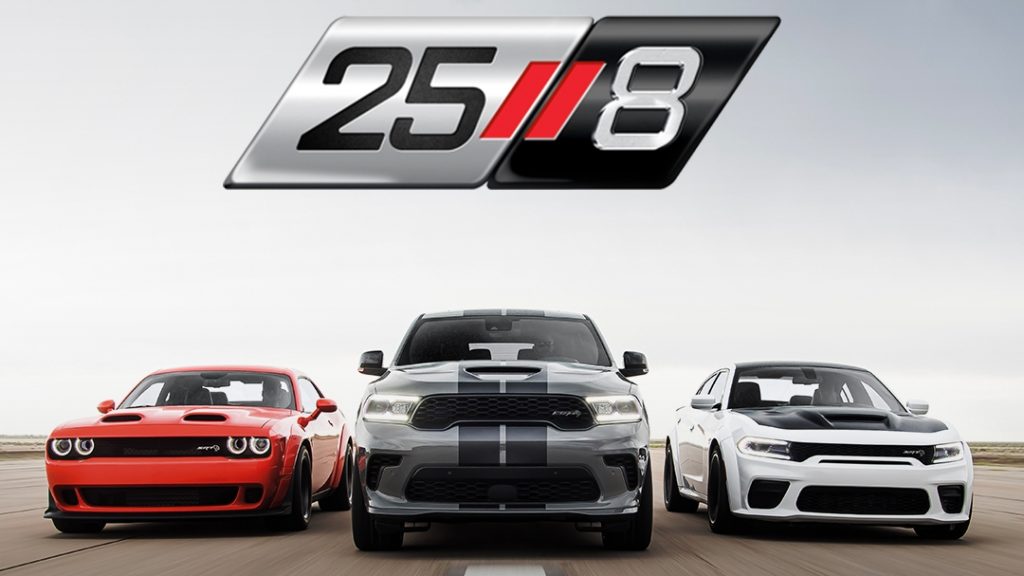 Dodge brand launches Operation 25//8 to give away 25 Dodge dream cars.

The Dodge brand today announced the winners of Operation 25//8, which gave its fans the opportunity to take home one of 25 Dodge dream cars. Operation 25//8 enlisted a team of 25 ambassadors across automotive, music, sports, fashion, media entities and companies, including Amazon, to each give away a new Dodge dream car during the last eight weeks of 2021.

“From San Diego to Staten Island, and cities all across the U.S., our Dodge enthusiasts came out in full force to tell us why they should take home a Dodge dream car,” said Tim Kuniskis, Dodge brand CEO. “We saw nearly 5,000,000 registrations over the course of the program. And for those who weren’t one of the lucky 25, you can take heart by knowing that our search for Chief Donut Maker continues through the end of February.”

To play, fans followed influencers and media entities across their social media platform(s), including YouTube, Instagram, Twitter, TikTok and Facebook, to watch entertaining content and videos promoting Operation 25//8. Each influencer asked fans to tell them, in 250 words or less, why they should be the recipient of a Dodge dream car, a new Dodge Charger, Challenger or Durango, which they could then build themselves. Amazon gave away a Dodge Challenger Hellcat.

Winners (with influencer names in parentheses):

Part of that two-year plan includes the brand’s search for its chief donut maker. Never content to do the conventional, Dodge has created the first-of-its-kind position of chief donut maker, a side hustle that will have heads spinning. When Dodge says donuts, think celebratory car maneuvers, not glazed crullers. And what’s not to celebrate? The chief donut maker will be a Dodge ambassador, decked out in Dodge threads, driving a Dodge SRT Hellcat, rubbing shoulders with celebs at epic auto events, leveling up at Radford Racing School, while making a mouthwatering $150,000 paycheck – and they don’t even have to quit their day job.

Fans can learn more about the chief donut maker and follow along on the brand’s search at www.dodgegarage.com.