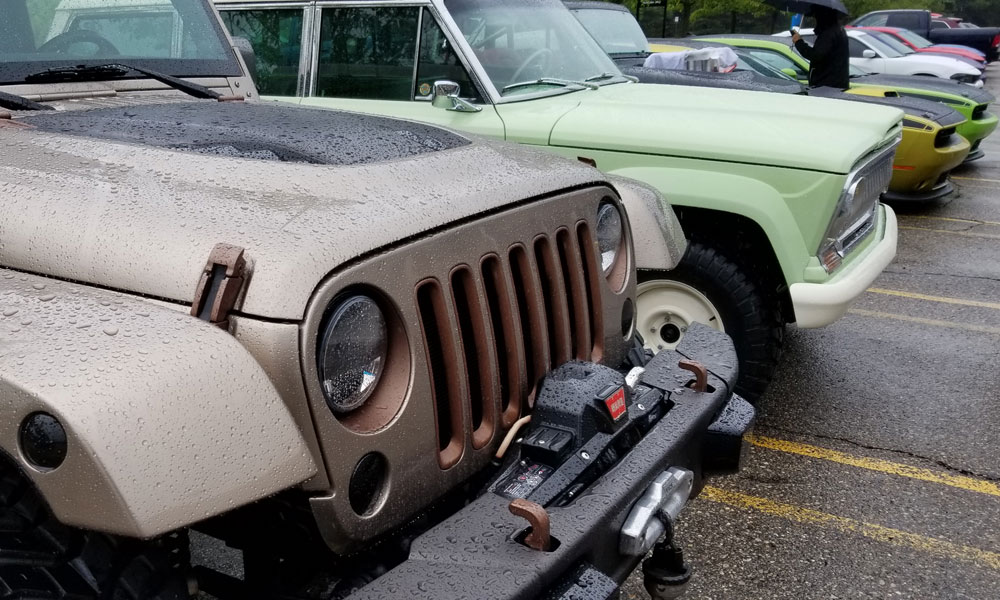 Enthusiasts who attended the FCA Design Cars + Coffee got the chance to get up close to several concept vehicles.

While the mere forecast of rain is enough to keep some classic cars tucked safely in the garage, about 40 hardy enthusiasts drove to the FCA US campus in Auburn Hills in spite of the soon-to-arrive rain on June 3 for the FCA Design Cars + Coffee.

All makes and models were welcome. Vintage cars were well represented, as were modern classics, such as Dodge Chargers, Challengers and Vipers. A pristine 1970 Plymouth Road Runner, a ’69 Lincoln Continental Mark III, a weathered late ‘60s Jeep® CJ-5 and a drag race-ready 1965 Plymouth Valiant were all popular waypoints on the parking lot stroll. 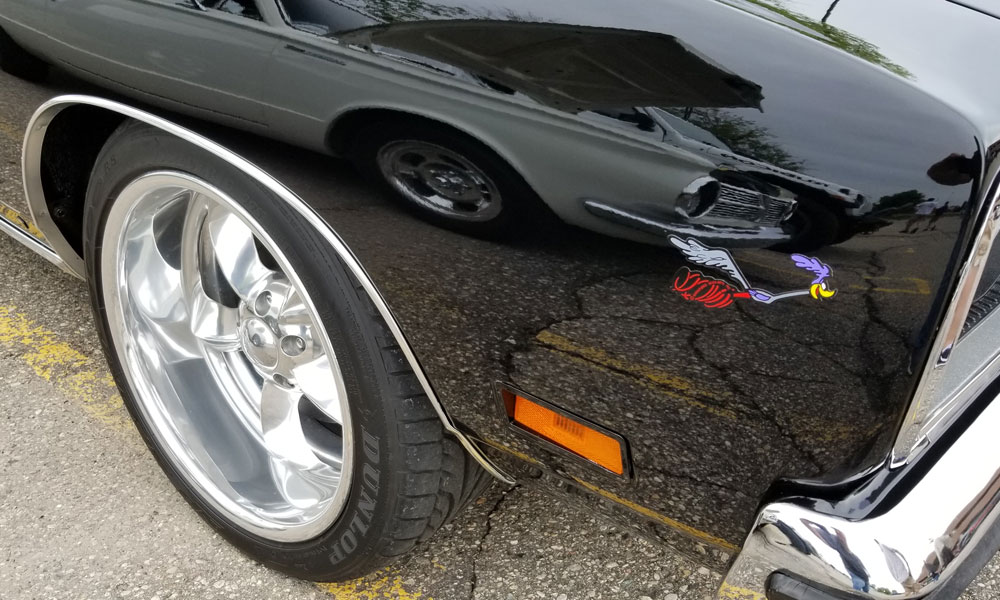 A 1965 Plymouth Valiant is reflected in the front fender of a 1970 Plymouth Road Runner at the FCA Design Cars + Coffee.

FCA Design primed the pump by rolling out some of its recent concept vehicles, including the popular 1965 Jeep Wagoneer Roadtrip concept from the 2018 Moab event, the Dodge Challenger T/A concept from SpringFest 13 and the 2017 Moab Jeep Quicksand concept. Yes, those concepts sat out in the rain with no ill effects, and those who waited out the storm got to hear the Quicksand’s burly 6.4-liter HEMI® V-8 roar.

The rain didn’t deter Philip Klimski from bringing his modified Dodge Neon SRT-4 across the border from Windsor, Ontario. He was joined by two more examples of the mid-2000s pocket rocket. 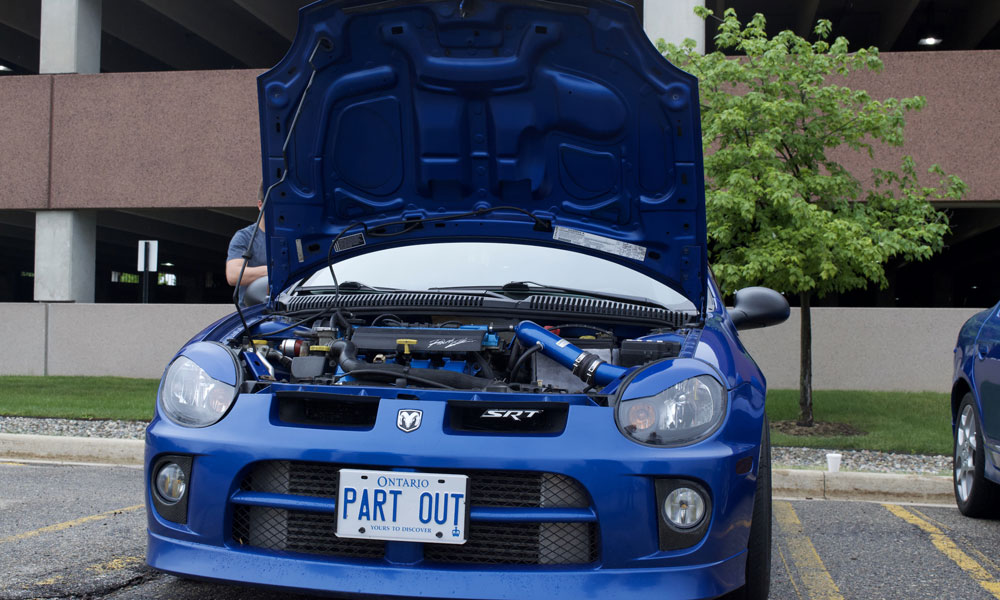 “Some people express themselves through their clothes, but for me, it’s my car,” Klimski said.

His other modifications include a custom gauge pod in the center stack, restyled carbon fiber trunk lid and aftermarket exhaust.

One key original part of the Klimski’s car is the mileage – well past 100,000 miles. The Neon SRT-4 is his daily driver.

The FCA Design Cars + Coffee was time well spent, even with the ultra-high humidity. If you missed it, don’t fret – organizers hope to stage another gathering before the summer car show season ends. 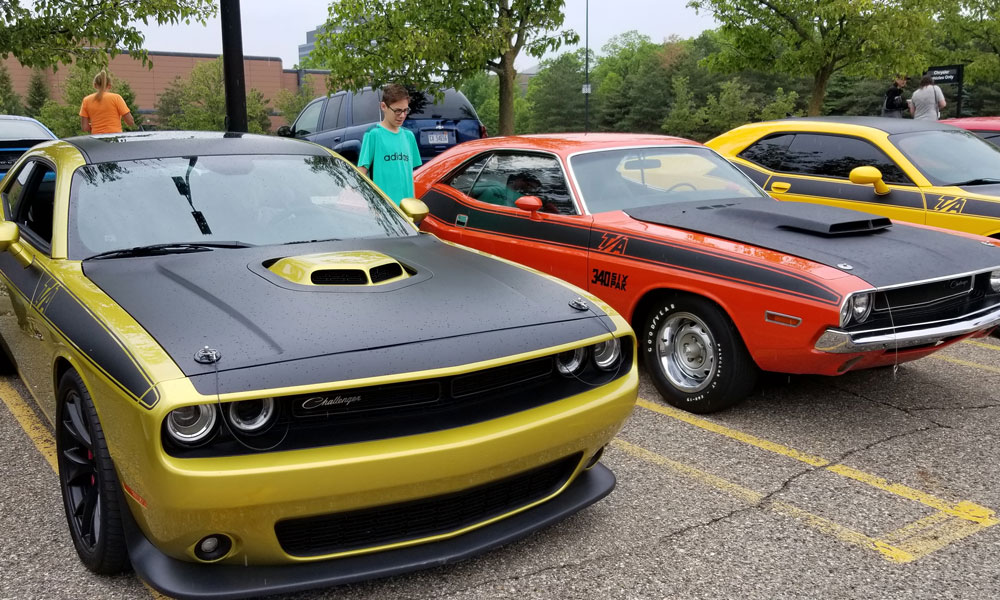 Modern and classic Dodge Challenger T/As parked side by side at the FCA Design Cars + Coffee.