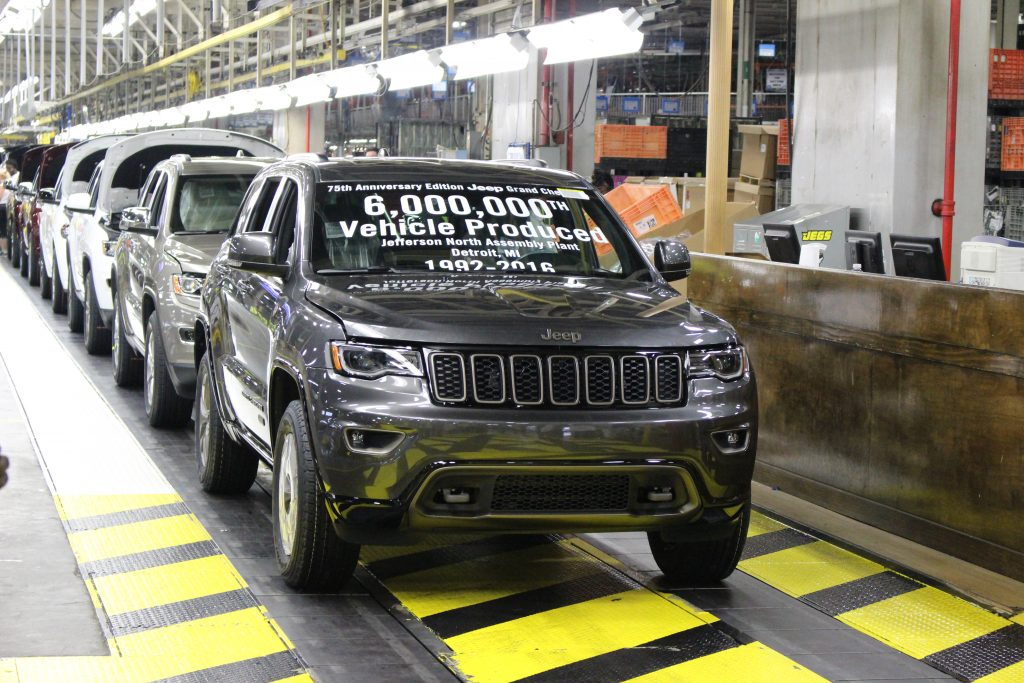 The manufacturing wheels at the FCA Jefferson North Assembly Plant are humming right along. Less than three years after the Detroit plant marked the 5 millionth vehicle made there, the 6 millionth one rolled off the line to applause from some of the nearly 5,000 men and women who work there.

Jefferson North, also known simply as JNAP, has been manufacturing vehicles since January 1992. It’s one of three FCA US manufacturing operations within the City of Detroit limits. The other two are Conner Avenue Assembly Plant, home of the Dodge Viper, and the Mack Avenue Engine Complex.

While it’s always been home to the Jeep® Grand Cherokee, currently on its fourth generation, it’s also been home to:

The milestone vehicle is a 2016 75th Anniversary Special Edition Jeep Grand Cherokee. It’s headed to a metro Detroit dealer, awaiting its Michigan owner to pick it up.

FCA Digital Media was on hand at JNAP to capture the special occasion and we have a look for you below. Click to our Flickr album to see the various Jeep and Dodge SUVs made at JNAP since 1992, as well as scenes of that special Jeep Grand Cherokee being built.