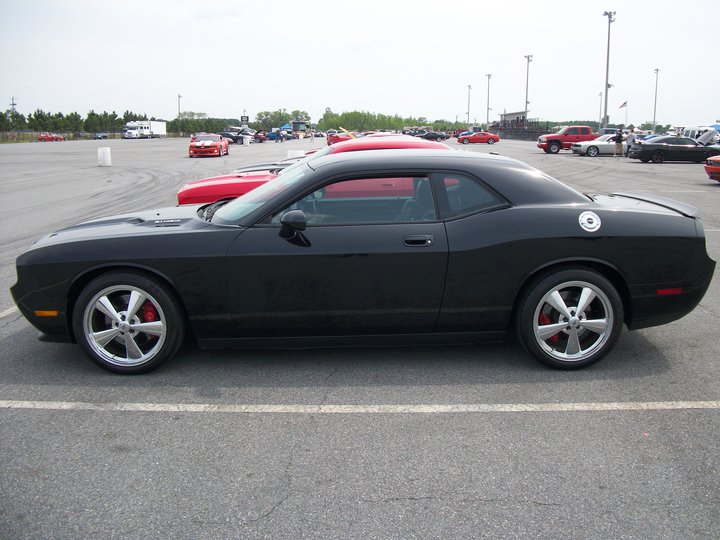 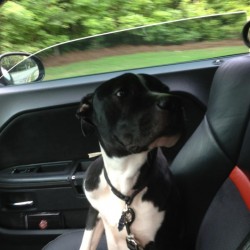 Meet Frank. He’s an American Pit bull. The thing about Frank is, he loves to ride shotgun. You might think this is going to be a story about a man and man’s best friend. In a way, it is. But it’s not just about Frank. This is a story about the promise that put Frank in the passenger seat.

A few years back, Rodney Johns read the automotive magazines in his spare time, which wasn’t very often. He knew Dodge was reviving the classic Challenger nameplate for 2008 as a limited-edition, high-performance SRT8 model. He read that Chrysler was taking deposits and that only 6,400 would be made. That wouldn’t stop him. The articles said the limited release Challenger would be available at a ‘dealer near you.’ The dealer nearest Rod happened to be more than 6,000 miles away. Rod was in the middle of Iraq serving with Team Outlaw.

That wouldn’t stop him either. Rod made himself a serious promise: He was going to make it out of there and he was going to be among the 6,400 to own the new Challenger. After wrapping up a four-hour convoy to “Camp Anaconda,” he used the computer and the phone at the morale center to seal the deal. At the conclusion of his deployment, Rod returned home to Georgia and soon after, his car — numbered 6304 — arrived in his driveway. 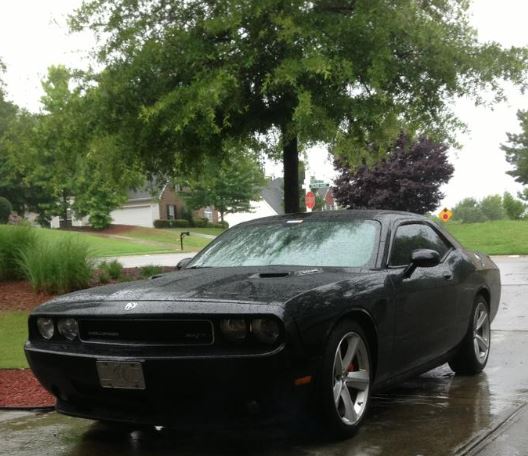 Recently, Rod’s odometer rolled over the 200,000 mark. His 2008 Dodge Challenger SRT8 has seen a lot of road. Rod retired from Active Army Service with 20 years under his belt. After a short break, he worked as a contractor at the Army Maneuver School of Excellence located at Ft Benning, Geo. Three years and four months of daily commuting (97 miles each way), has resulted in Rod reaching 200,000 miles on February 2, 2015.

Rod told me the missus says he drives too fast. He says his kids are speedsters too. “Can’t think of a better way to get the blood flowing. 140 mph comes quick if you are a size 13 shoe,” Rod said. Not surprisingly, Rod has had a few run-ins with the law in his Challenger.  Rod recalls, “One time the police pulled me over not soon after I had the car. Can’t exactly recall how much in excess I was over the speed limit, but it was considerable due to my driving habits at the time. He told me that he would let me go, if I let him drive my car. On the side of the road I sat while that officer enjoyed my SRT. No ticket that day. Wish they all would have made me that deal.”

Rod’s Challenger contributed to his rebellious ways. In 2010, he and about a dozen other Challenger owners decided to crash the party at Camero Fest 5. Rod wasn’t afraid to take on a few challenges in a sea of more than 300 Cameros. Rod says just about all those that lined up against the Challengers wished they hadn’t!

Rod’s been asked many of times if he loves his car. Will he keep it? Will he mod it? Rod says the answer is yes, Yes, YES!

Here’s a look at some of Rod’s mods: 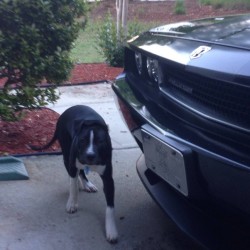 Rod says Frank’s job is to protect the Challenger from strangers. I think when it comes to the Challenger, Frank is probably Rod’s favorite accessory. Here’s to the two of them rolling over the 300,000 mark together.