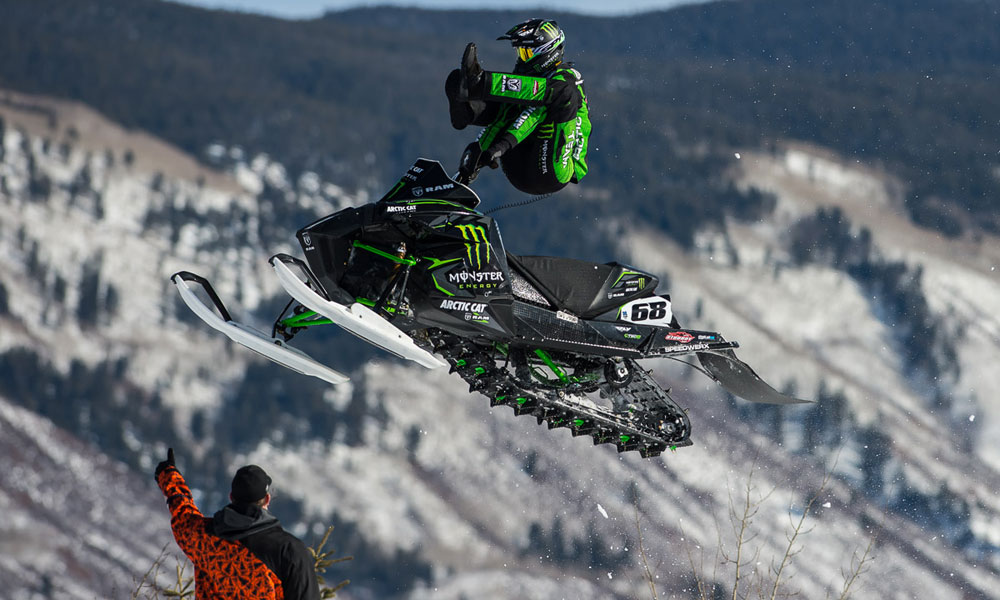 Eight gold medals in a row – that’s a win streak that grabs attention.

But snowmobile racer Tucker Hibbert is used to being in the spotlight. That’s where he was again on Sunday, collecting the gold medal for the Snocross competition at the Winter X Games in Aspen, Colo.

As we noted above, it’s the eight consecutive year that Hibbert, whose roster of sponsors includes Ram Trucks, has left the Winter X Games with the Snocross gold in his luggage. It gives him a total of 13 X Games medals for his career. He also holds the Winter X Games record for most consecutive gold medals and is tied for winning the most medals in a single discipline.

Track position was key for the nationally televised championship race on the tight, bumpy race course. Hibbert took the inside line as the 10-racer field powered toward the track’s sharp right-hand first turn and cleared the field. By the end of the 20-lap race, Hibbert had a 20-second lead on his closest competitor.

“It feels amazing to have eight in a row,” Hibbert said. “We have been working so hard. Every year the competition gets stronger. You never know how it’s going to go so I’m stoked we came out with another gold.”

Hibbert, who’s 30 and a native of Minnesota, won his first X Games Snocross gold in 2000 and celebrated with a midair heelclicker move. Fifteen years later he celebrated his latest win with another heelclicker.

“I didn’t think about it until I was 10 feet from the finish,” Hibbert said afterward. “At first I thought I’d do a whip. Then, I remembered I should do a heelclicker. I just went for it. I’m still a little shocked I pulled it off so clean!”

Hibbert now shoots for his 100th pro victory in the Deadwood Shootout in Deadwood, S.D., this weekend. 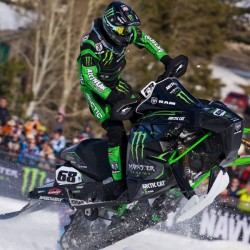 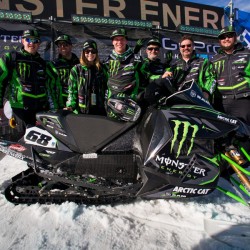