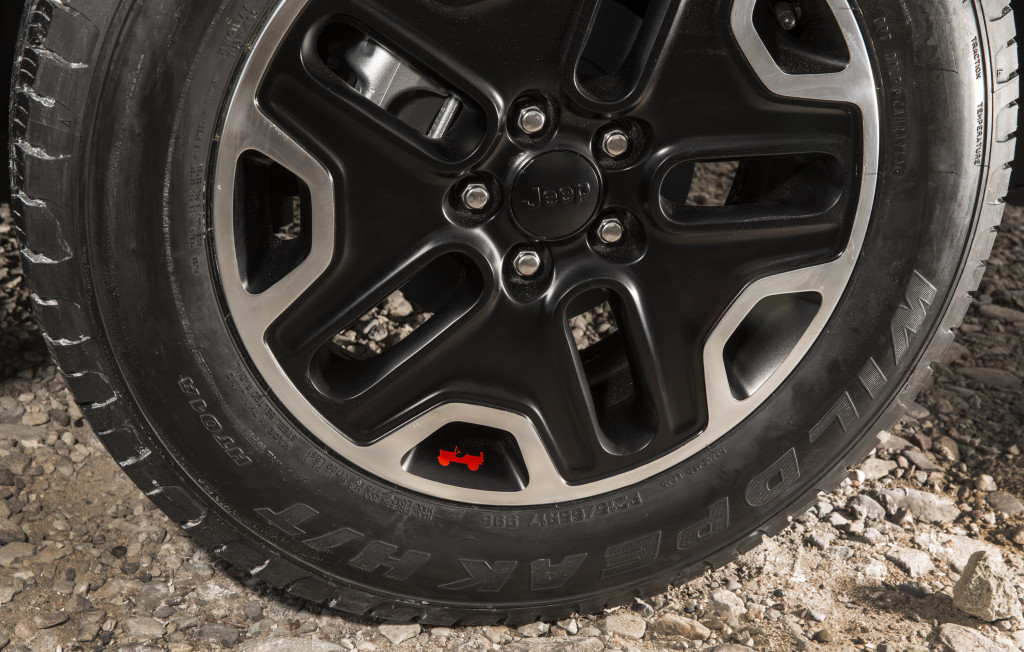 Easter means many things for many people. Not only is it a religious holiday but a holiday of traditions. Besides its very powerful religious significance, Easter is about discovery. Some popular traditions include the belief that the Easter bunny hides brightly colored Easter eggs and baskets filled with candy.

Perhaps that’s why a very creative Chrysler Group designer came up with the term “Easter eggs” to describe some of the hidden gems found in many of our cars, trucks and SUVs. Since it is Easter, I thought I’d share some of those surprises that can only be found deep inside our Easter basket.

The peeps at Jeep appear to have the most fun with this tradition. There’s so much hidden inside of some of our Jeeps, you may need to do a little online research to find out what it all means.

If you take a close look at the windshield of a 2014 Jeep Wrangler, you may notice something small in the corner of the glass. It’s a tiny silhouette of a Jeep Wrangler climbing up a rocky slope. There’s also something else hidden at the top of the windshield, behind the rearview mirror. See if you can spot it the next time you see a Jeep Wrangler. On the inside, there’s a map with coordinates. I’m not going to spoil this topographical treasure. You’ll have to research the coordinates for yourself. After all, consider it part of your Jeep adventure.

The all-new 2015 Jeep Renegade has its share of surprises too. One of which you’ll see when you’re able to catch a glimpse of the wheel. You’ll also find a map hidden within the Renegade’s rugged interior.

Speaking of maps, the 2014 SRT Viper is hiding a couple of Easter eggs of its own in the form of track maps of two of the most demanding racetracks in the world – Nurburgring and Laguna Seca. One is located in the rubber on the passenger side door well and the other in the console. The maps pay homage to Viper’s racing history.

The all-new 2015 Chrysler 200, however, pays homage to the Motor City. Detroit is well represented in the sedan including an interior color called Ambassador Blue. The coolest Easter egg is made possible by the state-of-the-art rotary shift knob which creates a unique pass-through where you can catch a glimpse of the Detroit skyline.

Just revealed by Dodge, the new 2015 Challenger. The iconic American muscle car may be tough on the exterior, but inside, the car shows its nostalgic side with a tribute to the Dodge Brothers for the brand’s 100th anniversary.

The 2015 Dodge Charger is hiding a few Easter eggs of its own right inside the front grill. It’s a really cool feature but I’m not about to spill the jelly beans on this little surprise. You’re going to have to go on your own Easter egg hunt to see it for yourself.