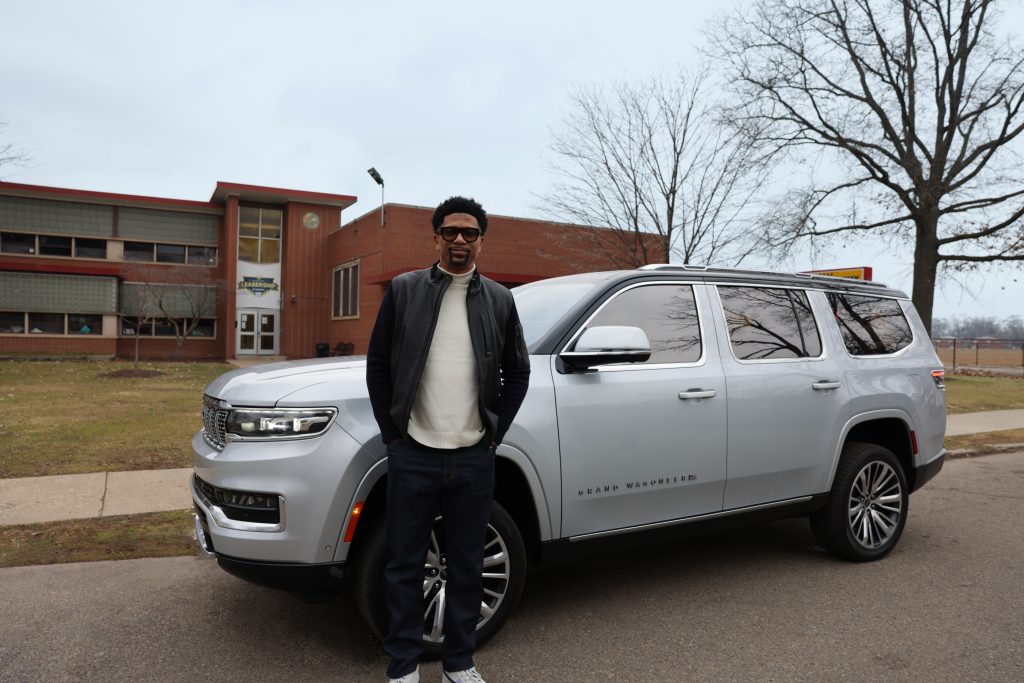 Sports analyst, former NBA player and Michigan Wolverine, philanthropist and Detroit native Jalen Rose is starring in a new social media campaign for the Grand Wagoneer. The six-week campaign, “Where I’m From,” features Rose, who pays tribute to the Detroit streets and the neighborhoods that have helped him thrive and influenced his success. It celebrates people from great cities across the nation, including Detroit, who are making an impact. The campaign will be supported across Rose’s social media channels, including Facebook, Twitter and Instagram, in addition to Wagoneer social media channels. The campaign will run through mid-March, culminating to encourage audiences to share stories about their city pride.

“Jalen is a fierce advocate for the city of Detroit and hometown hero, and we’ve been fortunate to work with him through his Jalen Rose Leadership Academy,” said Marissa Hunter, vice president of marketing – North America for Stellantis. “The Grand Wagoneer sets a new standard of modern mobility, sophistication and authenticity, one that celebrates the drive to achieve. This initiative is grounded in and honors where it all started for Jalen and other Detroiters through their journey of success. We invite our audiences to help us celebrate Detroit during our kickoff and other cities and neighborhoods across the nation throughout the six-week campaign.”

“Where you come from, it doesn’t define where you’re going to go, but it provides the foundation that will get you there,” said Rose. “In Detroit, our pride comes from the neighborhoods that molded, taught, inspired and kept us and, in return, we keep them in our hearts. Taking pride in knowing that where we’re from builds who we are. This is why I will always invest my time and resources into this city and its people, including through the Jalen Rose Leadership Academy in my old neighborhood.”

Following two teasers that launched during the first two weeks of February, a one-minute video launched today across Rose’s social media channels today, including Facebook, Twitter and Instagram. Driving a Grand Wagoneer through iconic Detroit streets, including Woodward Avenue, Six Mile, Rosa Parks, Martin Luther King Jr. boulevards, and around Hart Plaza, the home of The Monument to Joe Louis, also known as “the fist,” Rose speaks to how the city of Detroit molded him, and how he is a reflection of that spirit, which helped make him the person he is now.

The campaign will continue to build through mid-March, with Rose galvanizing his fans to share their own city pride stories through the hashtag #WhereImFrom.

“Where I’m From” was created in partnership with Detroit-based creative agency Boulevard.

The Jeep® brand marked its 10th year (2021) as a corporate partner of the Jalen Rose Leadership Academy (JRLA) in Detroit, which has included scholarships, mentoring, cultural field trips, special events, recognition awards and building improvements. The Jalen Rose Leadership Academy aims to empower all scholars to develop the strength of character, skills and knowledge needed to matriculate, be great in and graduate from college or a post-secondary institution so that they have opportunities to be successful in the competitive world and to take care of themselves and the people that they love.