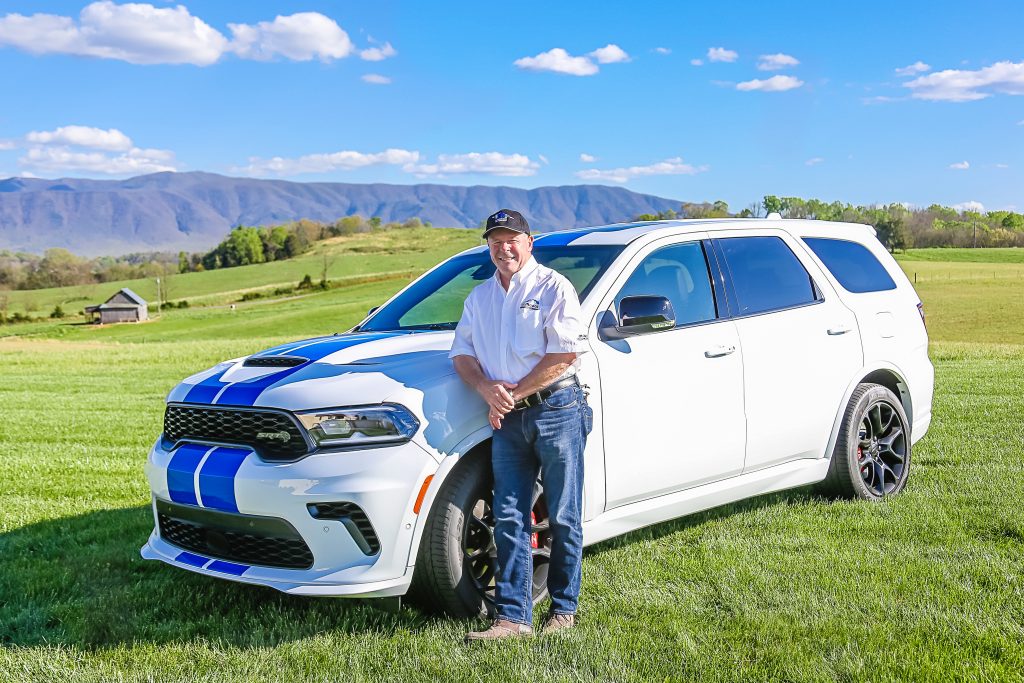 While retired from full-time NHRA drag racing competition since 2018, Johnson remains true to his roots as a Mopar man as he recently took delivery of a new daily driver at his Greeneville, Tennessee, race shop: a new, limited-production 710-horsepower Dodge Durango SRT Hellcat – the most powerful SUV ever.

Johnson knows a thing or two about the winning tradition and legendary heritage that Mopar and Dodge//SRT provide with power and performance on both the street and strip. Johnson drove his HEMI-powered Mopar in Pro Stock competition from 1996-2017, highlighted by his 2012 NHRA World Championship crown, amassing 27 wins and 32 runner-up finishes in 504 career races and finishing in the top 10 in the points every year from 2006-2017.

Johnson hasn’t been without a new Dodge Durango in his garage since 2002, so when it was announced that the newest Hellcat in the Dodge//SRT vehicle lineup was only going to be available for the 2021 model year in limited quantities, he jumped at the chance to acquire one.

“It’s the most awesome car I’ve ever driven,” says Johnson of his new ride. “I thought that about the Durango SRT 392 when I got it, but this Durango SRT Hellcat is a beast. They changed the suspension and stuff to where it rides better and it’s got a heck of a lot more power. It might be an SUV, but it is still very much a muscle car and it’s my most favorite vehicle yet in my life.”

You shouldn’t be surprised that he chose a familiar white-with-blue racing stripes combination for his new high-performance machine; it’s the paint scheme with which Johnson won the 2012 NHRA Pro Stock World Championship.

While it’s been a while since Johnson has raced on a drag strip, he’s already planning to take a quick ride on the track at the wheel of his new Durango SRT Hellcat with a reported acceleration of 0 to 60 miles per hour (mph) in 3.5 seconds, covering the quarter-mile in 11.5 seconds and top speed of 180 mph as certified by the NHRA.

Johnson says, “I’ll be definitely taking it to the Bristol drag strip for their Friday night deal to run against other Challenger and Charger Hellcats. It takes me back a little bit to my racing days in the way it feels, how it handles and the way it sounds. Dang thing leaps like a cat. It just gives me chills and I just smile every time I get in it.”