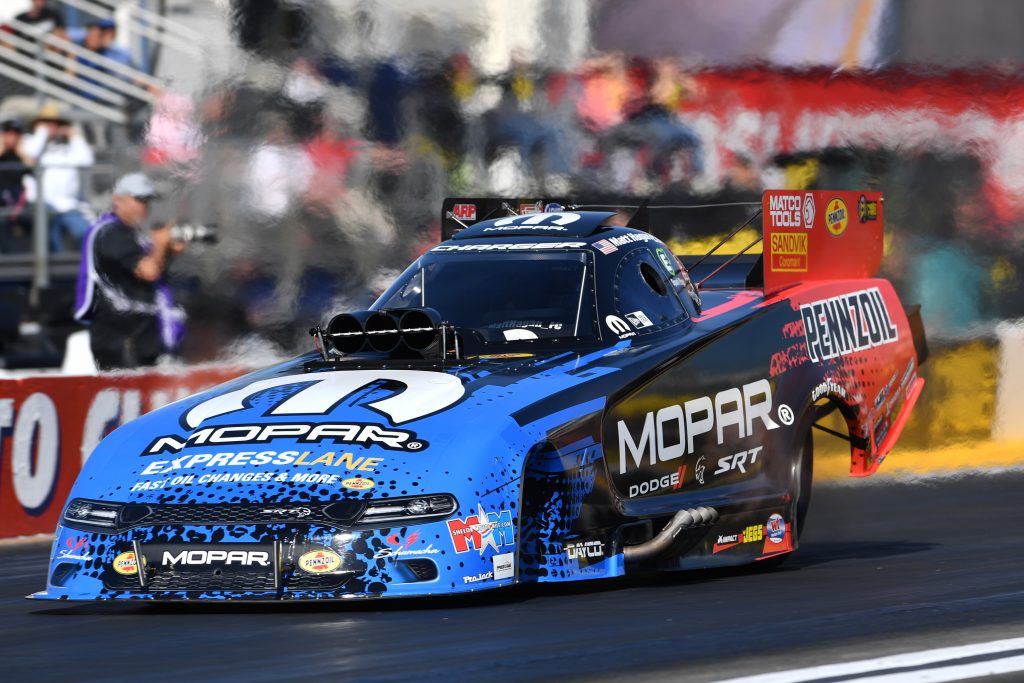 The warmth of spring reawakens the roar of nitro-fueled HEMI® engines at the drag strip. Do you hear it calling?

In the Top Fuel class, Leah Pritchett ranks 4th after four events and put her dragster into the final round in Phoenix, but smoked the tires at the start.

While the top classes get much of the spotlight, Mopar and Dodge are also making a push in the Sportsman classes, awarding $500 to Stock Eliminator and Super Stock drivers who advance the furthest behind the wheel of a Mopar-powered Dodge, Chrysler or Plymouth race car at all 24 NHRA national events.

The thrill of being around performance machinery can be more than just a weekend pastime. In Houston, Mopar launches its “Assemble Your Future” initiative for service technician students in the Mopar Career Automotive Program (CAP). “Assemble Your Future” brings students to the race track to meet Mopar drivers, such as Hagan and Pritchett, and links them with FCA dealers looking to hire for their service departments.

Mopar will host additional “Assemble Your Future” events at:

For fans of Mopar, Dodge and performance, it’s hard to beat the experience at an NHRA race. The open pits make it easy to watch the DSR crews quickly and expertly rebuild a Funny Car or Top Fuel dragster engine and test fire it before the next run down the track. Drivers are accessible and regularly hold autograph sessions.
Take a look at the NHRA schedule and pick a track near you. It will be a Mopar and Dodge weekend you won’t forget.