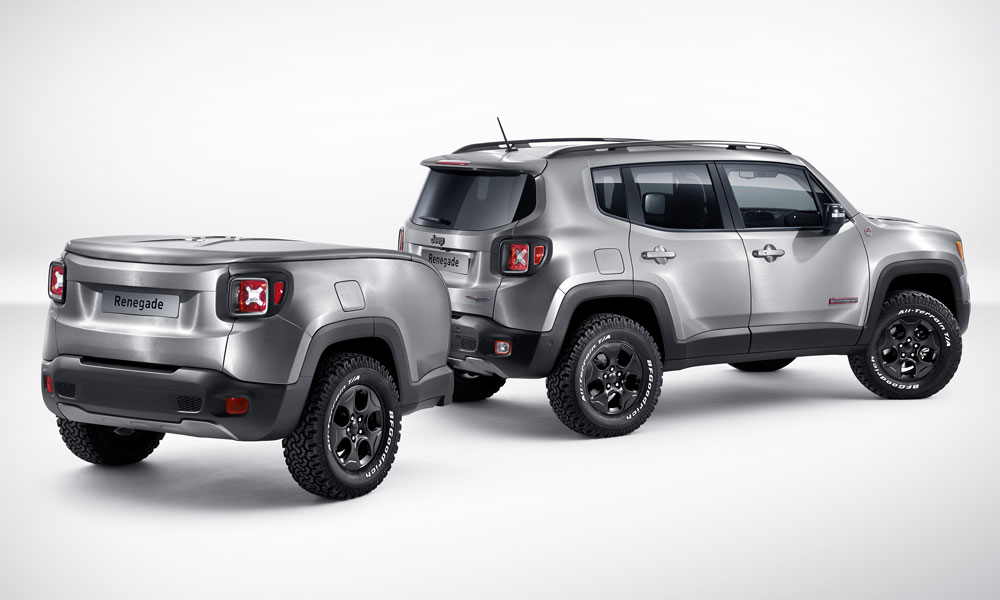 Attracting the attention of people filling the Geneva Motor Show this week presents a big challenge – the Palexpo center is packed with gleaming new exotic cars such as the sleek, turbocharged Ferrari 488 GTB.

But the Jeep stand at the show held a “small” surprise for journalists and industry people, the Jeep Renegade Hard Steel concept. The surprise? Hitched to the Renegade is a small trailer that mimics the look of the rear of Jeep’s new small SUV, right down to the fuel door above the right wheel.

The Renegade Hard Steel is a collaborative effort between Jeep, Mopar and the FCA Style Center. Based on the top-of-the-line Renegade Trailhawk production vehicle, the Hard Steel wears a unique coat of silver paint that looks like brushed steel. Accenting the exterior is a matte black finish for the bumpers, roof rails, rocker panels, grille, hood vents and 16-inch alloy wheels.

Inside, the brushed-steel look is applied to several trim pieces, such as the air vents, glove box, speakers and shift console. The seats and doors are covered in a lead-colored Frau Century leather with a special worn look.

The concept’s trailer has a tailgate embossed with the signature Jeep grille and round headlight design, while the hinged top raises to display a large touchscreen.

The touchscreen showcases the upcoming Uconnect LIVE service for European markets that gives in-vehicle access to Internet-based services such as Deezer music, TuneIn radio, Reuters news and real-time traffic information from TomTom. The services will debut on the Renegade in Europe this summer, linked with the available Uconnect 5-inch or 6.5-inch touchscreen audio systems. In addition, the trailer at Geneva is fitted with a Mopar WiFi system that turns the trailer into a mobile hotspot.

Here is some early reaction from the media:

— “We certainly dig the Jeep Renegade Hard Steel’s look – silver with matte-black trim and wheels is tough to beat – and the trailer is amazing,” writes Car and Driver.

— “OK, so maybe it’s not an off-road trailer like we would have hoped for but it’s definitely an interesting concept and any trailer with a set of aggressive all-terrain tires is just too cool to ignore. While Jeep has not yet said they will be offering a Renegade with a matching trailer option just yet, we can only hope that it becomes a reality,” says Four Wheeler.

Tell us what you think. 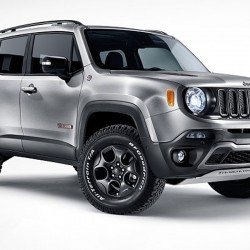 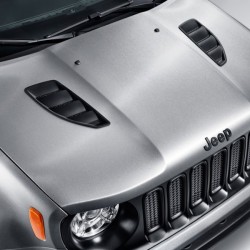 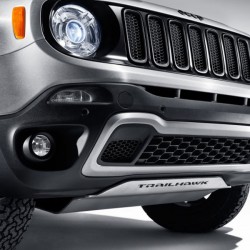 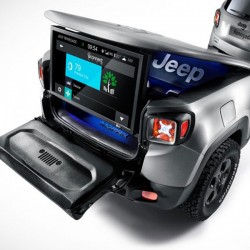