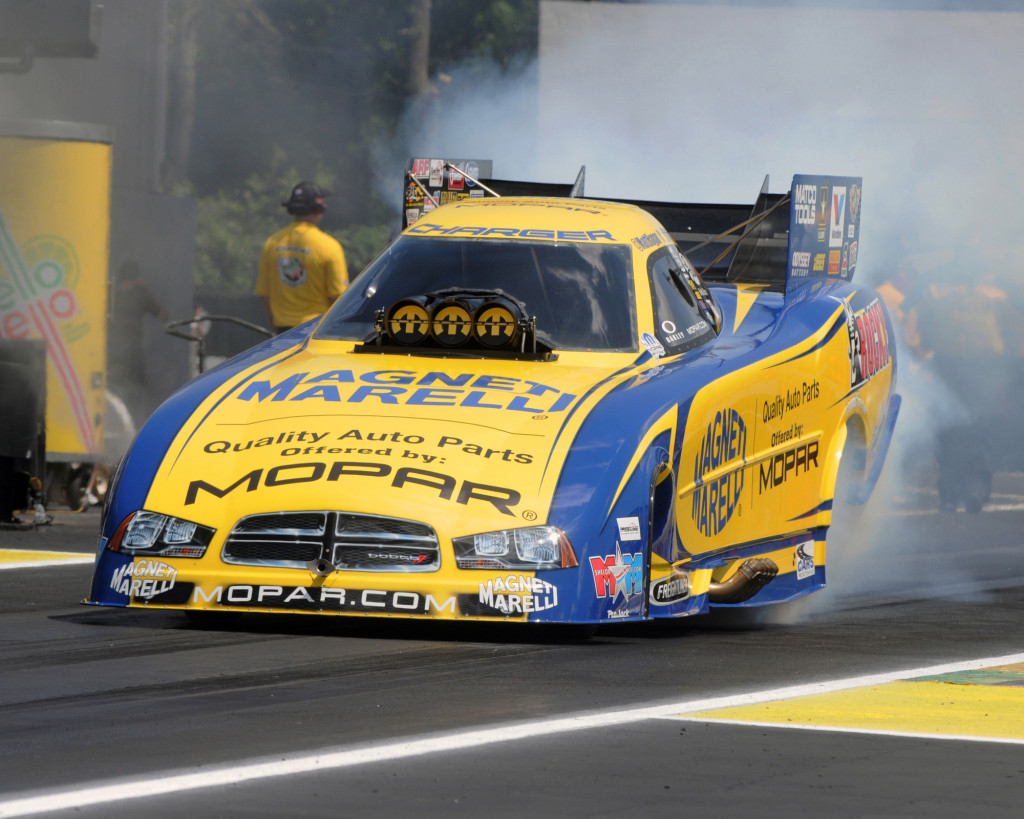 After garnering his second No.1 qualifier position at the Summer

It’s a full weekend of racing for the SRT Viper in the American Le Mans Series and Mopar-powered drag race cars in the NHRA, as well as the Dodge Dart in the Global Rallycross Championship. Some highlights:

Coverage of the Mopar Mile-High NHRA Nationals airs on ESPN2 and ESPN3. Check out the world of Mopar on Facebook at www.facebook.com/mopar and at the new “Mopar Under The Hood” blog at www.blog.mopar.com.

Meanwhile, Canadian driver Kuno Wittmer has the chance to wow his countrymen in the SRT Viper GTS-R at the ALMS Mobil 1 Grand Prix of Mosport at Canadian Tire Motorsports Park. Wittmer shares the No. 93 Pennzoil Ultra Viper with Californian Jonathan Bomarito for the two-hour, 45-minute race on the 2.5-mile road course. Teammates Marc Goossens and Dominik Farnbacher drive the No. 91 SRT Viper.

Wittmer says the high-speed, high-downforce track suits the SRT Viper GTS-R: “I think the car, from what we learned at Lime Rock, Le Mans and past circuits, is really good in the high-speed corners and it’s a pretty good car when it comes to high-speed tracks.”

He adds: “As a driver you have to be focused. There’s not a corner that’s under 70 mph. You can’t blink. If you go offline a little bit, especially with the speed we’re carrying, you will not make it through the corner.”

You can follow the SRT Motorsports team on Twitter throughout the weekend @teamSRT and with the hash tags #teamSRT, #ALMS and #CTMPofficial.

The race will be broadcast live Sunday, July 21 on ESPN2, with live streaming on ESPN3.

The Global Rallycross Championship tour makes a stop at Bristol Motor Speedway on Saturday, July 20. Pastrana Racing will field a pair of Dodge Darts in the event, with drivers Timur Timerzyanov and Bryce Menzies.

Team owner and driver Travis Pastrana will be at Chicagoland Speedway competing in the NASCAR Nationwide series this weekend.