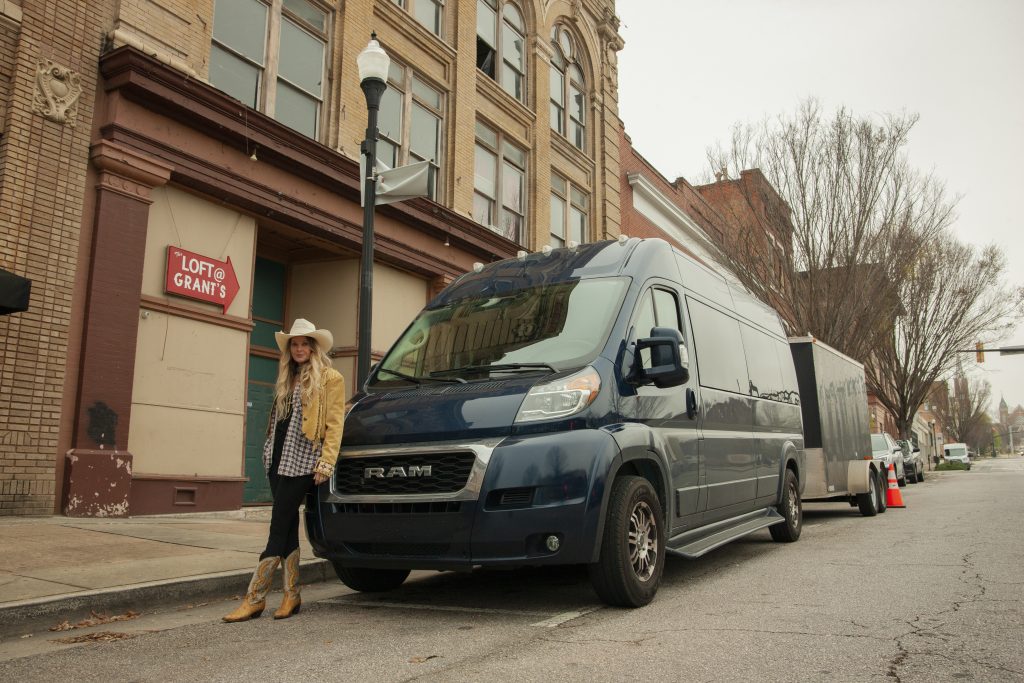 The cross-country ride continues for the Ram BandVan as Florida-born musician Elizabeth Cook took the Ram ProMaster van on several stops along her tour.

Since making her formal music debut back in 2002 with her album Hey Y’All, the singer-songwriter has won over fans, rock and country heavyweights, radio friends and critics alike.

However, the years since the release of her 2016 album Exodus of Venus have been challenging for Cook. But, like the true artist she is, Cook channeled those challenges into the strongest set of songs of her storied career, a song cycle that makes up her brilliant new album, Aftermath.

Along her tour, you can hear songs from her new album, an album in which she continued to write her way through catharsis

by bravely revisiting her most precious and painful memories. Aftermath is Cook’s seventh full-length album and, musically, it is her most adventurous and her most rock influenced.