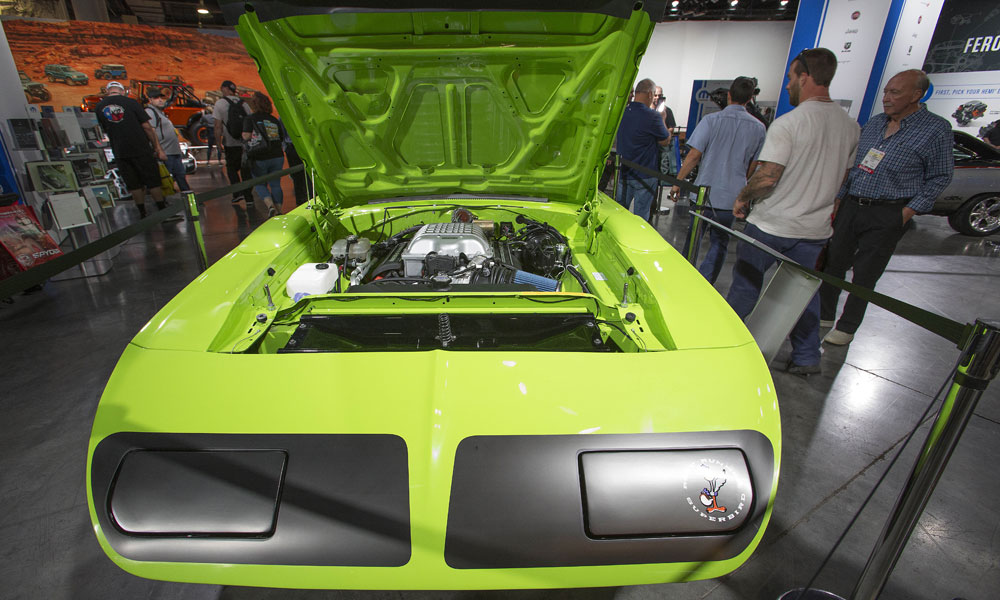 Feeling a bit of a rush today? Don’t blame the Halloween candy pinched from the kids’ haul – look instead at the high-powered news Mopar rolled out at the Specialty Equipment Market Association (SEMA) show in Las Vegas this week.

The classic muscle cars from the late 1960s and early ‘70s – we’re thinking the Dodge Charger and Challenger, and Plymouth Barracuda and GTX – have styling that looked as fast as the HEMI® engines rumbling under the hood. Plenty of those beauties still roll the roads today.

Still, the urge to enhance those classic looks with modern performance is strong.

Performance doesn’t get much more modern than the supercharged 6.2-liter HEMI V-8 that debuted in the 2014 Dodge Challenger SRT Hellcat. Mopar now is making it easy to transplant the present into the past with its new Crate HEMI Engine kit.

The kit, dubbed the “Hellcrate,” gives you the complete package to install the 707-horsepower supercharged HEMI into a pre-1976 car or truck – wiring harnesses, drive-by-wire accelerator pedal, sensors and an unlocked powertrain control module loaded with the factory calibration. If you need to source the engine, Mopar will sell that too. In addition, there’s a Front End Assembly Drive (FEAD) kit that includes an alternator, power steering pump, belts and pulleys – you’ll want that too.

This is a natural follow-up to Mopar’s debut at SEMA 2016 of Crate HEMI Engine kits that make it easy to put a modern 345-cubic-inch or 392-cubic-inch HEMI V-8 into a classic car.

How easy is it? TV personality Mark Worman of Velocity’s “Graveyard Carz” used the “Hellcrate” package to create an eye-catching 1970 Plymouth Superbird Tribute car that turned heads at the Mopar stand at SEMA.

But Mopar didn’t let up on the “wow” pedal after just that bit of news.

A redesigned Jeep® Wrangler is coming soon – news that almost certainly has already reached the far corners of the Earth.

Jeep Wrangler owners are passionate about putting the personal touch on their vehicle. More than 98 percent of the Wranglers sold carry at least one Mopar accessory part.

Mopar used the SEMA show to demonstrate it is ready for the new Jeep Wrangler.

More than 200 Jeep Performance Parts are prepped and ready to go – parts and accessories developed, tested and approved with the team that created the new Jeep Wrangler.

This means the new Jeep Wrangler can leave the dealership just the way the new owner wants – from lift kits to beadlock wheels to rock rails and LED off road lights.

Among the really cool stuff, there’s a roof rack that will hold a variety of cargo carriers, a fold-away table that mounts to the SUV’s tailgate and screen protectors for the Uconnect information system – because a dirty Jeep Wrangler is a happy Jeep Wrangler.

Thanks to Mopar, there’s also a bunch of happy car enthusiasts. 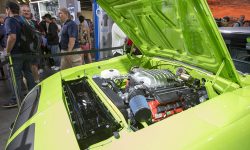 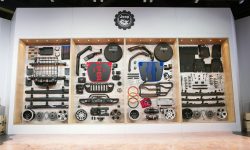 Mopar revealed a selection of the brand’s more than 200 new Jeep® Performance Parts and accessories for the all-new 2018 Jeep Wrangler during a press event at the 2017 Specialty Equipment Market Association (SEMA) Show in Las Vegas on Tuesday, Oct. 31. 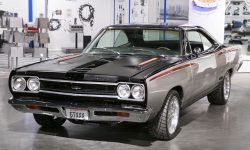 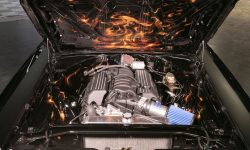 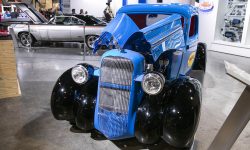 A 1937 Dodge pickup brought to life as part of the Mopar brand’s partnership with Pennzoil Shell includes a Mopar 345 Crate HEMI® Engine Kit, as well as Mopar 80th Anniversary touches such as a Mopar 80th dome light.

Mopar-modified vehicles on display in the brand’s 2017 SEMA Show exhibit include a Dodge Durango SRT with custom Mopar touches, such as a near body-wide, non-metallic Gloss Black “stripe” and Mopar lowering springs that drop the Durango SRT even closer to the pavement. 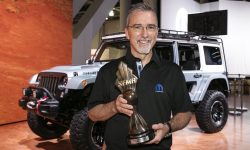 Pietro Gorlier, Head of Parts and Service (Mopar) – FCA, with the “Hottest 4×4-SUV” award, claimed by the Jeep® Wrangler for the eighth consecutive year at the Specialty Equipment Market Association (SEMA) Show in Las Vegas. 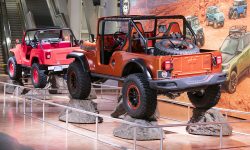 Jeep® vehicles on display in the Mopar exhibit at the 2017 SEMA Show. 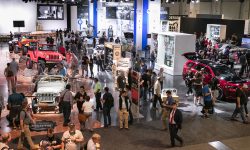 The Mopar exhibit at the 2017 SEMA Show.