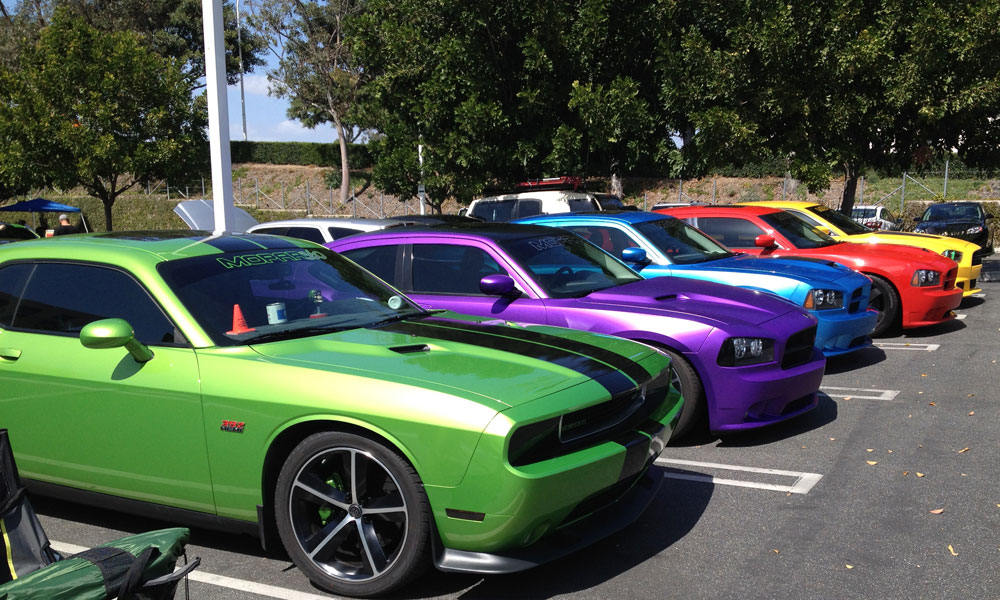 A rainbow of color shines at the 2014 Spring Festival of LXs.

The start of a new year presents a fine opportunity to sit down and do some planning.

One of the best parts of being a car fan is meeting other car fans who share your love for a particular brand or model – such as Jeep, or the Dodge Viper SRT, for example.

The Internet has made finding and contacting fellow fans much easier but not much beats the thrill of meeting someone in person to share stories and get an up-close look at classic sheetmetal.

For fans of Mopar brands, there are plenty of opportunities throughout the year to get out there, show off your ride and make some new friends.

Here are a few of our favorite events. And don’t forget to check out shows in your neighborhood, or see if a group of local enthusiasts have brewed up their own version of the burgeoning Cars and Coffee gatherings.

What’s your favorite event to show off your car? Tell us and we’ll let others know.