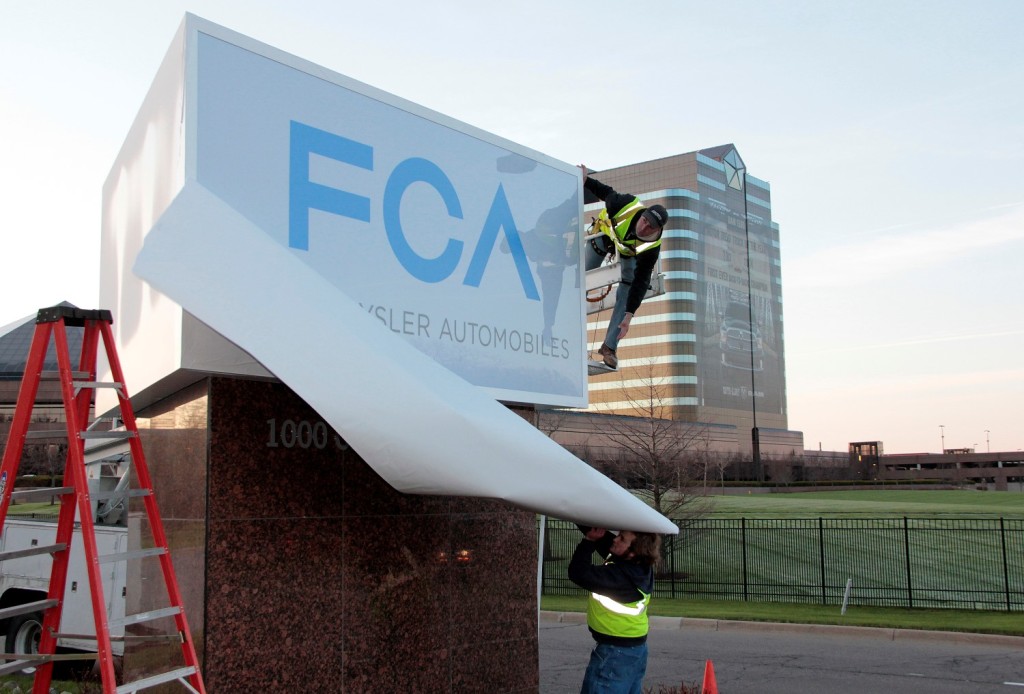 Shortly after the wrap came off a new Fiat Chrysler Automobiles sign at the Chrysler Group HQ, Auburn Hills, Mich., company brand CEOs took the wraps off of their respective plans for the next five years.

By now, you’ve read about the vehicle changes and plans Fiat Chrysler Automobiles announced last week for Chrysler Group and North America. So what we’re going to do here is focus on the positioning focus for each of our brands.

Read it over and let us know in the comments or via Twitter (tagged #FCA5) if you agree or disagree.

Can the Chrysler brand resonate with mainstream America and Canada? At times, Chrysler has been seen as a bit more luxury than mainstream, though it’s touched on both. However, for what was announced by Chrysler Brand President/CEO Al Gardner, there’ll be no mistaking its focus.

And, that focus is going back to what Walter P. Chrysler said:

“I gave the public quality, beauty, speed, comfort, style and power, all at a low price.”

With that direction, Chrysler is aiming straight at competitors like Ford, Honda, Chevrolet and Toyota. While the brand has “only” the 200, 300 and Town & Country today, by 2018, you’ll see twice that number of vehicles in its stable, with a combination of gas-powered and plugin cars, crossovers and minivans.

There’s no changing Jeep, right? It’s so iconic, so steadfast in its purpose and spirit, so American.

Just like the early settlers spread that adventuresome spirit across the country, the Jeep brand will spread its spirit around the world. With manufacturing operations firmly planted in the U.S. today, by 2018, there’ll new Jeep manufacturing plants in five other countries to produce Jeep SUVs for the rest of the world.

While Jeep President/CEO Mike Manley focused on international growth and new SUVs like the Grand Wagoneer, he also emphasized the off-road capability of Jeep by talking about what it means when a Jeep is Trail Rated. It’s not just marketing talk. Click to see what a Trail Rated Jeep SUV can do.

Dodge has often been the brand for those who want a little extra muscle and performance in their car, and now it’s going full bore, as President/CEO Tim Kuniskis outlined in its brand promise:

“In defense of driving. We want people to actually use their car for what the car was built to do.”

With that renewed emphasis, Dodge is getting a bit beefier as the SRT brand is being rolled into the brand (with the Jeep Grand Cherokee SRT being the exception), the Dart SRT finally being announced, plus a new mid-size SUV SRT written into the Dodge brand five-year plan.

Ram Truck has been gaining ground on its competition, quickly and steadily in recent years. In fact, in March, Ram actually outsold Chevy Silverado for the first time since the 1990s.

Ram’s message has been — and will be — to focus on capability, efficiency and durability. And, President/CEO Reid Bigland demonstrated how that has paid off. Since 2009, Ram has grown from 11.1% market share to 21.7%. In that time, the two main competitors have dropped from 0.5- 7.6% market share.

Bigland said the emphasis on improving our pickup trucks where customers see the most value will continue. Click to see the Ram brand and Ram Commercial plans through 2018.

Since the return of Fiat to the United States, the focus for the 500 has not been that it’s a mode of transportation. It’s been on the experience and on getting a car that helps showcase your personality.

Head of Fiat Brand Olivier Francois talked of the unique blend of emotion, aspiration and desire that the Fiat brand has exuded during its return to North America – and how it will continue to be that because it’s proven successful with the new owners. Francois said that 85% of Fiat 500 customers are new to Chrysler Group. They are attracted because of what the 500 – no matter the version – embodies.